Yankees offense continues to struggle as they lose 3-2

By Unknown - April 16, 2016
The Yankees came off a very disappointing 7-1 loss to the Mariners last night. Luis Severino was unable to keep the Mariners offense in check, and Nathan Karns rebounded from an early home run by Brett Gardner to pitch an excellent outing. CC Sabathia took the hill today for New York, while perennial ace Felix Hernandez started for the Mariners. The Yankees have been in an offensive funk lately and haven’t hit well with runners in scoring position. It was the utmost importance they do so today against King Felix and take advantage of the few opportunities they would be given to score runs. 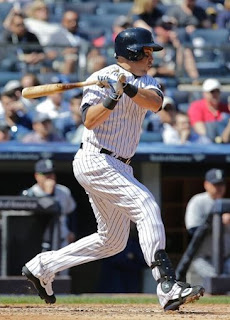 1st Inning
CC Sabathia set the Mariners down in order. Carlos Beltran came up with runners on first and second but struck out swinging. (0-0)
2nd Inning
Sabathia didn’t have much trouble, but Felix Hernandez did. The Yankees loaded the bases against him, but Brett Gardner flied out to center to end the inning. (0-0)
3rd Inning
Sabathia continued his strong start by not having trouble with Seattle. Carlos Beltran’s RBI double put the Yankees on the board. His double to left center caught the shift off guard and Mark Teixeira scored all the way from first. (Yankees 1-0)
4th Inning
Sabathia worked around a leadoff double by Nelson Cruz without issue. A-Rod came up with runners on the corners but continues to struggle as he grounds out. (Yankees 1-0)
5th Inning
Leonys Martin quickly tied the game with a deep home run to right. Then, Robinson Cano’s single to Jacoby Ellsbury scored Ketel Marte all the way from first as he stole second and then sped around the bases. Nelson Cruz followed with a RBI double to score Cano and Sabathia’s day was over. Johnny Barbato came in and ended the inning. Didi Gregorius came up with runners on first and third but struck out to end the inning. (Mariners 3-1)
6th Inning
Barbato set the Mariners down in order. Vidal Nuno came in and Austin Romine led off with a double but the Yankees couldn’t do anything. (Mariners 3-1)
7th Inning
Chasen Shreve worked around two runners without issue. Carlos Beltran made it a 3-2 game with a line drive home run to right center. (Mariners 3-2)
8th Inning
Dellin Betances came in and struck out the side. Joaquin Benoit came in for the Mariners are worked through the 8th without issue. (Mariners 3-2)
9th Inning
Andrew Miller entered in the 9th and struck out the side. In the bottom half, the Yankees put runners on second and third with two out and Chase Headley at the plate. Headley continued to struggle with RISP as he grounded out to first, and the Yankees lost 3-2.
Next Game: Sunday, 4/17 - Mariners (Iwakuma) vs. Yankees (Tanaka)