By Unknown - May 09, 2016
After two wins over the Boston Red Sox on Friday and Saturday, the Yankees looked to sweep the Red Sox on Sunday, but knuckleballer Steven Wright shut the Yankees offense down. Today, the Yankees started a 4-game series against the Kansas City Royals at home. Ivan Nova (1-1, 5.14 ERA), replacing CC Sabathia in the rotation while he’s on the 15-day disabled list, faced off against Kansas City’s Chris Young (1-4, 5.76 ERA), who is the most extreme fly ball pitcher in MLB (and has been since 2002). Chien-Ming Wang also made his return to the Bronx for the first time since July 4, 2009. He was a 19 game winner for the Yankees in both 2006 and 2007. Aroldis Chapman also returned to the Yankees active roster after serving his suspension. 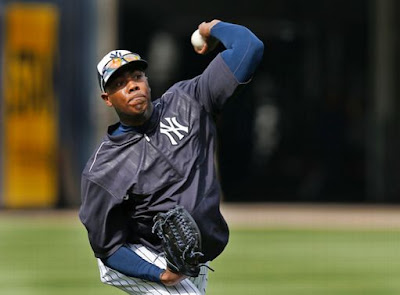 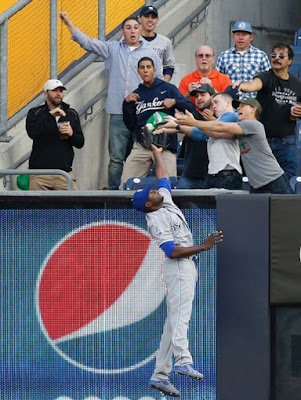 Picture Credit: Associated Press/Kathy Willens
2nd Inning
Alex Gordon wasted no time tying the game up with a solo shot of his own to center field. In the bottom half, however, Carlos Beltran decided it was his turn, and he drilled a home run to right to give the Yankees the 2-1 lead. (Yankees 2-1) 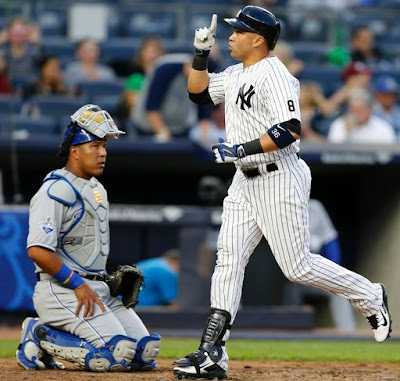 Picture Credit: Associated Press/Kathy Willens
3rd Inning
Eric Hosmer walked with two outs, but Kendrys Morales struck out to end the inning. In the bottom of the third, Brett Gardner, leading off the inning, got in on the home run party with a solo shot to right center. Then, the next batter, Aaron Hicks homered to right center as well! Back-to-back homers give the Yankees a 4-1 lead. The Yankees weren't done. After McCann grounded out and Teixeira struck out, Carlos Beltran drilled a solo shot to right center, his second of the game, to make it 5-1! Dillon Gee came in for Chris Young after that home run to finish off the inning. (Yankees 5-1)
4th Inning
Alex Gordon singled to lead off the fourth, but Salvador Perez grounded into a double play to end any threat to the inning. Dillon Gee walked Chase Headley but the Yankees did not threaten. (Yankees 5-1)
5th Inning
After Cheslor Cuthbert singled to start the inning, Jarrod Dyson grounded into a fielder's choice. Dyson then stole second, and then Alcides Escobar grounded to first, but Nova missed the bag with his foot after catching the throw from Teixeira, so everyone was safe. Nova struck out Lorenzo Cain for the second out, but he already went past 75 pitches, so Phil Coke came in. 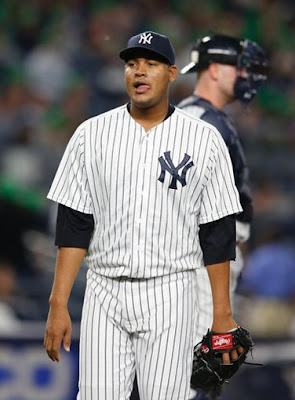 Picture Credit: Associated Press/Kathy Willens
Throwback to 2009. Coke fell behind to Eric Hosmer 3-0, but Hosmer flied out to end the inning after Coke got it to a full count. (Yankees 5-1)
6th Inning
After Coke walked Alex Gordon, Kirby Yates came in and completed the inning. Gee retired the Yankees in order. (Yankees 5-1)
7th Inning
Yates retired the Royals in order. Chase Headley led off the bottom of the inning with an infield single that featured a weird hop. Ronald Torreyes then singled, and Gardner followed that with a groundout to first but both runners advanced one base. Aaron Hicks then added an insurance run with a sacrifice fly to right to make it 6-1. (Yankees 6-1)
8th Inning
Chasen Shreve entered to start the inning, and Eric Hosmer, his first batter, greeted him with a solo homer to right to cut the lead to 6-2. In the bottom half, Ben Gamel got his first career MLB hit with a single to left. The inning ended without the Yankees scoring. Chien-Ming Wang warmed up throughout the 8th but did not enter the game. (Yankees 6-2)
9th Inning
Aroldis Chapman entered to make his Yankees debut in a regular season game. He struck out Omar Infante, his first batter with a 97 MPH fastball. He then struck out Cheslor Cuthbert with a 101 MPH fastball. Yankee Stadium was getting very loud at this point. The Royals cut the lead to 6-3 with a Paulo Orlando double, followed by a Alcides Escobar single. However, Lorenzo Cain grounded out and Chapman completed his first inning as a Yankee and the Yankees won, 6-3!
Next Game: Tuesday, May 10: Royals (Kris Medlen) @ Yankees (Masahiro Tanaka)