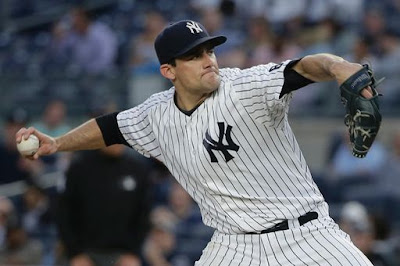 The Yankees got on the board quickly. Jacoby Ellsbury’s triple to right to lead off the bottom of the first was misplayed by Blue Jays RF Jose Bautista, who dove and missed, and the ball trickled past him and to the wall. Carlos Beltran continued his hot streak as he drove in Ellsbury on a fielder’s choice, and then he added a solo homer to right in the bottom of the 4th to extend the Yankees lead to 2-0. 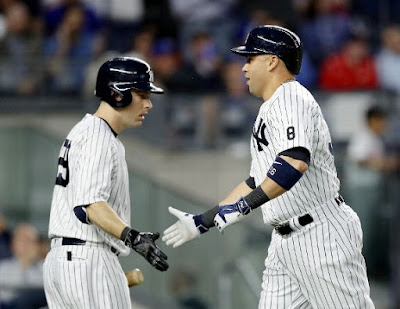 Toronto threatened in both the second and the third. Eovaldi worked out of a one-out, men on first and second scenario in the second as both Kevin Pillar and Darwin Barney grounded out to end the inning. In the third, Eovaldi escaped runners on second and third with one out by striking out Edwin Encarnacion and by inducing a Michael Saunders fly out.

With a 2-0 lead going into the bottom of the seventh, the Yankees added two key runs. With runners on first and third, Austin Romine hit a ground-rule double to right to extend the lead to 3-0. After a pitching change, Jacoby Ellsbury beat out an infield single to shortstop to add a fourth run. 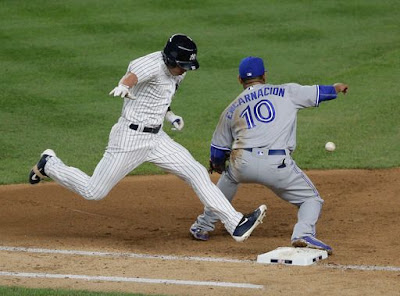 Picture Credit: Associated Press/Julie Jacobson
The Yankees added two more runs in the bottom of the eighth with a Chase Headley sacrifice fly and a Didi Gregorius RBI single.