By Unknown - May 27, 2016
The scorching hot New York Yankees were smothered this week, dropping the final two games of a three game set against the Toronto Blue Jays. Just half a game ahead of the Tampa Bay Rays, who are in last place in the AL East, the Yankees enter a pivotal three-game weekend series against their division foe. They'll face three tough pitchers, starting with the top of the Rays rotation in Chris Archer, Matt Moore and Jake Odorizzi. But, Yankee starting pitchers have been pitching to their potential as of late, and they too will have their top three starters in the rotation toeing the rubber this weekend in Masahiro Tanaka, Michael Pineda and Nathan Eovaldi. 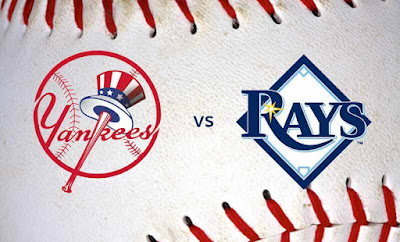 Don't let the numbers fool you; Chris Archer is one of the game's brightest young pitchers. Archer loves pitching in Tropicana Field, pitching to a 2.35 ERA and 1.22 WHIP, with opposing batters hitting just .205 off him. Inversely, he has an ERA of 7.36 with a 1.91 WHIP, and opposing batters are hitting .323 on the road. It's already been an odd year for the Tampa ace, but he has flourished at home and if he continues his winning ways at home, the Yankees could drop their third game in a row.

With Masahiro Tanaka getting the ball for the Yankees, he gets to play "skid stopper" once again. Tanaka has been a very good pitcher heading the Yankees rotation, and with this “ace-off,” he's going to need his best stuff on Friday night.

As we know, Michael Pineda has been incredibly bad for the Yankees this season. However, he showed promise in his last start against Oakland, allowing three runs in six innings of work. Pineda has thrown too many pitches in the middle of the plate this season, but the organization is still holding onto hope that he can find himself. Matt Moore is another example of a traditionally solid starting pitcher who has endured some struggles in the early going. Coming off Tommy John surgery, Moore has been unable to have much success this year, so if Pineda can string together a second consecutive quality start, this should be a win for the Yankees. If Pineda regresses, the Yankees may be in for a tough series if Archer has success in game one.

A heavy critic of Nathan Eovaldi, I have to admit that he's had a strong season through the first two months of the year. In fact, Eovaldi has shown flashes of top-line stuff, going 4-0 with a 3.60 ERA in the month of May. Hitters are hitting just .242 this year off him, compared to .273 during his career and his WHIP is down to 1.15, compared to a career WHIP of 1.38. Eovaldi may finally be having a career year. Going 19-5 in 36 career starts with the Yankees, we're going to need to see "Nasty Nate" on Sunday if the Yankees want to win this series as he opposes Jake Odorizzi. Odorizzi is putting together his second consecutive good year on the hill as he's been a reliable arm in the Tampa rotation. 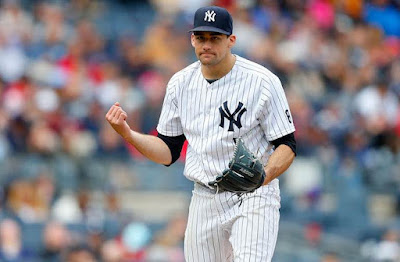 Three players to watch for the Yankees:
1. Didi Gregorius
For the second consecutive year with the Yankees, Didi struggled mightily in April as he hit just .224 in April. He has rebounded in May, hitting to a slash line of .321./338/.449, including a batting average of .350 over his last 15 games. Gregorius is heating up at the right time for a Yankees team that is still getting inconsistent production from its lineup.

2. Nathan Eovaldi
In his second year with the Yankees, Eovaldi is staring dead in the face at a potential breakout season. He needs to keep the momentum rolling to not only give the Yankees a win, but continue his stellar season.

3. Carlos Beltran
Carlos Beltran has had a power surge over his last 15 games, slugging .623 with four homers and 15 RBI. This middle of the order production is exactly what the Yankees were hoping for in the final year of his 3-year deal. 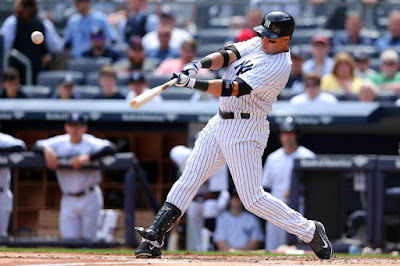 Three players to watch for the Rays:
1. Steve Pearce
The versatile Steve Pearce has made starts at 1B, 2B and 3B this year. He's also producing at the plate with a .290 average and seven home runs. He's a valuable asset for a Tampa team whose assets are limited.

2. Chris Archer
Chris Archer is going to make or break this series for the Rays. In the event that he continues his dominance in the Trop, the Rays will likely win the series, but if he falters, the Yankees have a great chance of taking the series. 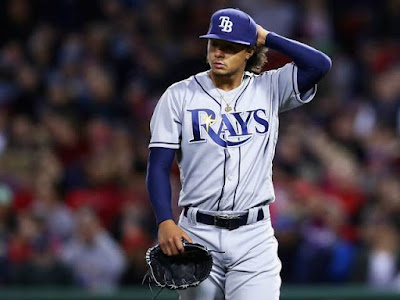 3. Brandon Guyer
Brandon Guyer is a fan-favorite as evident from the overwhelming applause he receives when he steps up to the plate for the Rays. He's having a lot of success this year at the dish, hitting .315 with six homers in only 32 games. To put that in context, he hit just eight home runs in 128 games last season. He's does a bit of everything for the Rays.

Three keys to a series victory:
1. Maintain the solid starting pitching
I've already touched on the Yankees being aided by a string of good outings from their starting pitchers, so this trend has to continue if the Yankees want a chance at beating the Rays.

2. Have a lead after the sixth inning
This is the key for the Yankees every single game. With the back-end of the bullpen in "No Runs BMC," the game is essentially over when the Yankees hand the ball to Betances, Miller and Chapman.

3. Get Alex Rodriguez going
Returning from the DL, Rodriguez still has a sub-.200 batting average. He'll likely hit in the middle of the order, probably fifth, so the Yankees need to get him clicking on all cylinders to spark this offense and get the series victory.

Prediction:
Against a last place Tampa Bay Rays team, the Yankees should win two out of three games. I personally think that Tanaka is up for the challenge of squaring off against Archer, and the Yankees seem to either crush aces, or they are absolutely shut down. I like the Yankees chances in game one against a struggling pitcher in Archer. Unfortunately, I don't see Pineda showing much promise in game two as this Rays lineup is scrappy, and if they get runners on, they can get in Pineda's head and spoil his outing. In game three, Eovaldi should be able to take care of business, propelling the Yankees to a much needed series victory.