By Unknown - May 06, 2016
The Yankees lost a heartbreaker last night, 1-0, in ten innings at Camden Yards against Baltimore. Masahiro Tanaka was brilliant, but the Yankees offense failed to crack the scoreboard against Kevin Gausman of the Orioles. Today, the Yankees returned to The Bronx to start a three-game series against the Boston Red Sox, after getting swept by the Red Sox earlier this season. The Yankees sent Michael Pineda to the mound to face Boston’s Rick Porcello. Earlier today, the Yankees got unfortunate news as CC Sabathia went on the 15-day disabled list with a left groin strain, and the Yankees called up Phil Coke as the roster replacement. This will be the last series the Yankees play before Aroldis Chapman returns from his suspension. 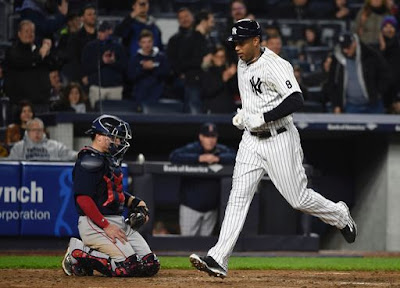 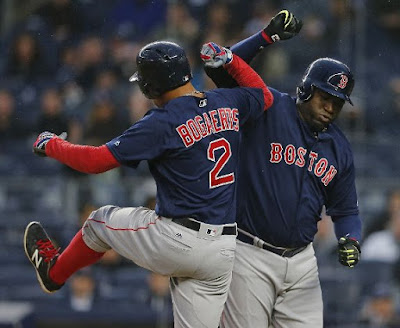 
The Yankees responded in the bottom of the first, as leadoff-hitter Jacoby Ellsbury walked on four pitches, and stole second and third base. Brian McCann then roped a liner down the right field line to score Ellsbury to cut the lead to 2-1.


2nd Inning
Ellsbury left the game with a hip injury after coming around to score in the first, while Pineda recorded a hitless top of the second. Aaron Hicks moved from right to center, and Dustin Ackley entered the game in right. The Yankees tied the game at two in the bottom of the frame, as Ackley hit a screaming one-hopper to dead center, which allowed Starlin Castro to score from second. Ronald Torreyes was tagged out attempting to advance to third on the play to end the inning.
3rd Inning
Neither team pushed a run across. Brett Gardner roped a double to right and stole third, but Carlos Beltran failed to bring him in.
4th Inning
Jackie Bradley, Jr. and Didi Gregorius both recorded singles for their respective teams, but neither team was able to advance them.
5th Inning
Both teams went down in order.
6th Inning
After allowing singles to Hanley Ramirez and Travis Shaw, Brock Holt hit a catchable blooper to center field that Hicks simply gave up on. 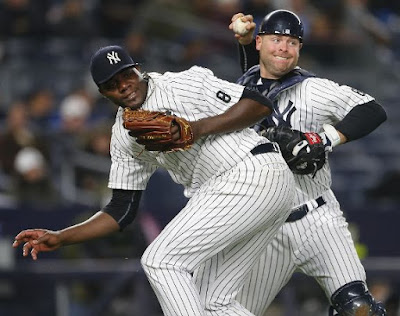 Picture Credit: Rich Schultz/Getty Images
Pineda threw his hands up in disgust, but composed himself and got Bradley Jr. to bounce into an inning ended double play with the bases loaded. 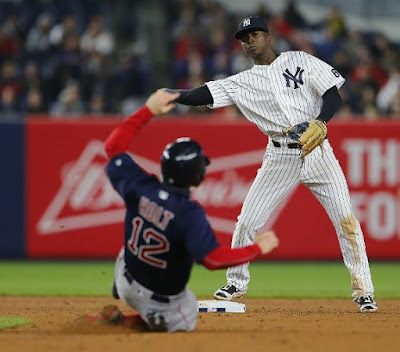 Picture Credit: Rich Schultz/Getty Images
The Yankees then went down in order in the bottom of the frame.
7th Inning
Pineda gave up a leadoff double to Christian Vasquez to start the 7th, but induced a pop-out bunt attempt by Mookie Betts next for the first out. Manager Joe Girardi elected for RHP Kirby Yates, and Yates came in the clutch. After getting Dustin Pedroia to line-out to short, he perfectly painted the outside corner to punch out Bogaerts and escape the threat. Hicks led off the bottom of the 7th with a blast over the right field wall to put the Yankees up 3-2. The lights at the stadium flashed erratically, which heightened the drama in this clutch moment for the Yankees. Rick Porcello set the next three Yankees down in order, but with Dellin Betances and Andrew Miller set to pitch the final two innings, the Red Sox already had their backs against the wall.
8th Inning
Betances took the mound for the third straight day, and looked electric in the 8th. His fastball consistently hit 100 mph, and his curveball had it's usually devastating break. After allowing an infield single to Shaw, Girardi made the decision to bring in his closer. Miller walked former Yankee Chris Young to put runners at first and second, but froze Bradley Jr. on a sweeping curveball to escape the jam. After Gardner worked a leadoff walk, Mark Teixeira bounced into a double play, and then Brian McCann grounded out to first.
9th Inning
Using three singles, the Red Sox loaded the bases with one out. With the bases loaded, David Ortiz came up to face Miller. On a controversial 3-1 pitch, the home plate umpire called a breaking slider that looked like a ball as strike two, then struck out looking on an even lower pitch (according to MLB Gameday) as strike 3 to set Ortiz went down looking. He would sprint out of the dugout and only to be thrown out of the game for arguing. Still, Miller had one more out to get. He would strike out Hanley Ramirez to give the Yankees a 3-2 win.
Next Game: Saturday, May 7: Red Sox (David Price) @ Yankees (Nathan Eovaldi)