By Unknown - May 26, 2016
Today (Thursday, May 26), the Yankees called up LHP Richard Bleier from Triple-A Scranton, activated Alex Rodriguez off of the 15-day disabled list, put Chasen Shreve on the 15-day DL, and sent Rob Refsnyder back down to Triple-A Scranton. 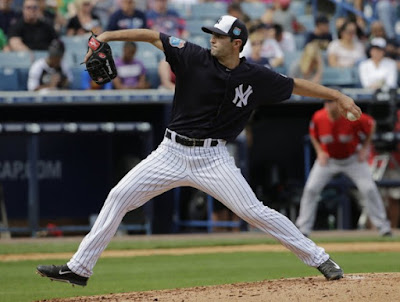 Richard Bleier (29 years old, 2-2, 2.57 ERA this year in Triple-A) has been in the minors for over seven years, and was drafted by the Texas Rangers out of Florida Gulf Coast in 2008. Last season, Bleier played for the Double-A and Triple-A affiliates of the Washington Nationals. At Triple-A Syracuse, where he finished his season, he pitched to a 6-2 record and a 2.75 ERA in 68.2 innings. He was used primarily as a starter, and made 26 starts last season in both Double-A and Triple-A. After signing a minor-league contract with the Yankees this season, he’s pitched well in Triple-A Scranton, allowing just ten earned runs on 35 innings, and has a 2-2 record with a 2.57 ERA in six games (five starts). Bleier replaces Chasen Shreve in the bullpen, so expect him to take over as a one to two inning pitcher for now, but can pitch more if needed. Bleier has never pitcher in the Majors before. 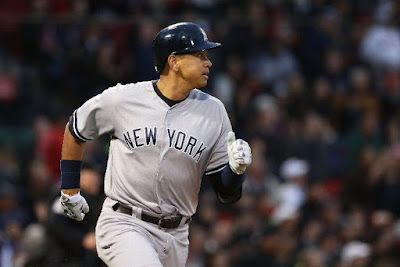 Alex Rodriguez (3 for 6, 1 HR, 3 RBIs in 2 rehab games at Double-A Trenton) is finally back with the Yankees. Originally slated to return over a week ago at Oakland, he will start today (Thursday) in the series finale vs. Toronto, batting fifth as the designated hitter. A-Rod is batting just .194 this year, along with five homers and 12 RBIs. In the five games prior to going on the disabled list, A-Rod hit .353, along with four runs, three homers, and six RBIs. With Mark Teixeira out with an injury and still struggling, the Yankees need A-Rod to perform consistently and hit for power. 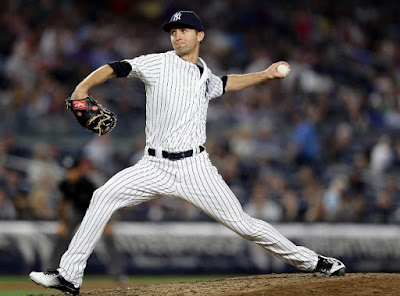 Chasen Shreve (1-1, 5.21 ERA this season) has struggled since the start of September. Shreve has allowed 20 earned runs in just 25 innings (7.20 ERA) since September 1, 2015, and has allowed seven homers in just 19 innings this season. Shreve was dominant early on last season, even going 17.0 innings without allowing an earned run from late May to early July. After Shreve's rough outing on Wednesday night (May 25), he was placed on the 15-day DL earlier today, and it looks like it's a left shoulder issue, but the severity is still unknown. 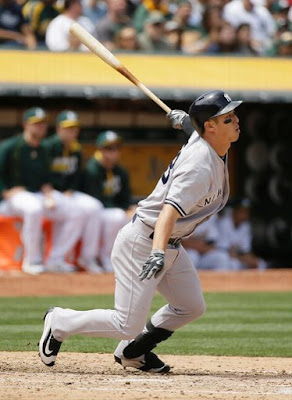 Rob Refsnyder (1-3, 2B, 2 RBIs this season in just one start) has not been given the chance to start. With Carlos Beltran at DH after A-Rod went on the disabled list, Dustin Ackley and Aaron Hicks rotated in right field, preventing Refsnyder from starting at all. With Ackley hitting only .154 this season and Hicks bouncing around the Mendoza Line at .205, it was tough to understand why Yankees manager Joe Girardi didn’t want to give Refsnyder a chance. However, if Refsnyder continues to hit and field well in Triple-A, he will give the Yankees no choice when he is called back up. Refsnyder has now played 2B, 3B, and RF this season in Triple-A Scranton, slowly becoming an utility player.