By Chad Raines - May 17, 2016
It is now May 17, 2016 and the BBB is bringing you a long overdue minor league update. This is something I’ve been meaning to do for a few weeks now, but I anticipate it being a weekly update, probably to be released every Sunday afternoon going forward, so be sure to check in for the latest on the Yankees farm system. Here, we’ll be updating you on the team’s top prospects, standout players who are enjoying strong seasons so far, as well as those with high expectations that they are not fulfilling. Since it has been just over a month and this is our first update, this will be a 4-part series with updates on each individual team, starting in Triple-A. But following this week's update, I will be able to put them all into one article. 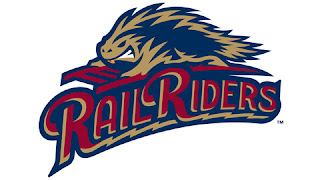 Overall: The RailRiders are one of the most balanced teams in all of triple-A. They have a good balance of star power with Aaron Judge and Rob Refsnyder, and they’ve got good contribution from the pitchers, many of whom have joined the Scranton Shuttle between Scranton in the Bronx. Already, we have seen the promotions of Ben Gamel, Gary Sanchez, Brandon Pinder, Phil Coke, Conor Mullee, Chad Green, Luis Cessa, Nick Goody, and Johnny Barbato (some of which started the season in the MLB, and some of which are there now).

Aaron Judge: The team’s top prospect is hitting .261/.318/.472 with a team leading 7 homers and 22 RBI. Many have been longing to see Judgement Day coming to the Bronx and with all the injuries, I would put my money in the statement that his call-up is bound to happen in the summer. Strikeouts have been a problem for Judge as he has struck out 39 times compared to 12 walks in 35 games.
Rob Refsnyder: After an incredibly slow start, Rob Refsnyder is the hottest hitter on the RailRiders. His slash line has creeped up to .293/.336/.398 with 2 homers, 6 doubles, and 6 stolen bases in 34 games. They’ve recently began putting him in right field for the first time in his professional career, but it is what he played from time to time at the University of Arizona. The third base experiment is ongoing, so if Refsnyder can learn to play right field, a promotion may be on the way sooner than later giving the Yankees another super-utility player.
Donovan Solano: Through 34 games, Solano leads the team with a .308 batting average. He played in the big leagues with the Miami Marlins in 2015 so if he continues to hit, he may force the organization’s hand in placing him on the 40-man roster and ultimately promoting him.

Gary Sanchez: Like Refsnyder, Gary Sanchez is also one of the hottest hitters in SWB at the moment. He claims a slash line of .269/.315/.504 with 5 home runs, 21 RBI and 11 doubles. We saw his promotion for one game against Chris Sale, where he went 0-4 with a strikeout. This seemed a bit unfair to the kid, but I personally was not expecting this to be a long promotion. Expect to see much more of Gary Sanchez in the summer.

Nick Swisher: Swisher got off to a hot start in SWB but has since cooled off. Still, he is hitting .255 with 3 home runs, 3 doubles and 10 RBI in 26 games. It is yet to be seen whether he can still hit big league pitching, and if there is even a spot on the roster for him. Swisher has an opt-out in his contract on June 15, so if he is not called up soon, he may elect to be released.

Ben Gamel: Gamel is a guy who hits the baseball and plays very good defense. This is why he was promoted to the big leagues making 5 appearances, most of which he was a defensive replacement in the late innings, but he did get 1 hit in 8 at-bats. In AAA, Gamel is hitting .274 with 7 steals in 27 games.

Slade Heathcott: After another injury-ridden season that still saw his promotion to New York in 2015, Heathcott is enduring a slow start in 2016. He is hitting just .230 in 23 games with 5 doubles and 2 steals. He showed a lot of promise in 2015, but if he doesn’t heat up soon, his chances of getting a promotion over Gamel and Judge are decimating.

Tyler Webb: Webb has been a weapon out of the bullpen in Scranton this season. He does not have any saves but his 1.65 ERA and 0.98 WHIP in 10 appearances have caught the attention of many. He has yet to make his major league debut and is not on the 40-man roster, but he may board the Scranton Shuttle for New York soon.

James Pazos: Pazos was a candidate to make the major league pen to start the season, but was ultimately placed in AAA. He’s thriving in SWB with a 2.35 ERA and 1 save in 12 appearances. In my estimation, he may be the next guy to get called up making a lefty-heavy bullpen in the Bronx.

Brady Lail: Lail was the BBB’s 12th ranked prospect in our preseason rankings. After 5 starts in Double-A, the 22-year-old right hander was called up to the RailRiders and he has continued to improve. He’s done nothing but string together solid seasons in the minors and with another good season in the making, he is a candidate to be a September call-up, all barring he is placed on the 40-man before the season’s end. If not, he will likely be placed on it this offseason.