By Chad Raines - May 17, 2016
Tampa Yankees: 23-15 (2nd in Florida State League North Division Standings, 2.0 games back)
Overall: Just as the common trend with the Yankee farm system, the Tampa Yankees are one of the more talented teams in all of high Single-A. They’ve got a great mix of star power and contributions from other unexpected sources. James Kaprielian going down with an arm injury likely jeopardized him making it to the MLB this season, but there are still healthy prospects in Tampa who appear to have bright futures. 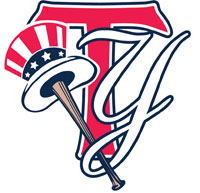 Jorge Mateo: Jorge Mateo is going to be listed as the Yankees #1 or #2 prospect no matter where you look. On our list, he was number two, but that shouldn’t take anything away from the kid because he is legit. Through 35 games, he’s having his best season offensively as a professional with a .331/.386/.532 slash line and a team leading .918 OPS among qualified hitters. He already has 4 home runs, 4 doubles and 6 (count it, 6!) triples. The only disappointing part to his game so far is that he’s just 13-21 on stolen base attempts. Still, if he maintains his elite performance, he should be the team’s top prospect by season’s end, whether Aaron Judge graduates off the list or not. The organization is transitioning him from shortstop to second base in anticipation that he can be a mainstay at the position for years to come.

Michael O’Neill: The nephew of Yankee icon Paul O’Neill got off to a hot start with Tampa. He’s hitting .314/.368/.500 in 21 games with 2 dingers and 5 doubles. He’s currently on the 7-day DL and he hasn’t had much success in previous seasons as a pro, but he’s a player to keep an eye on.

Miguel Andujar: Commonly regarded as the organization's best 3B prospect, Andujar is holding down the hot corner in Tampa. He’s hitting .272 with a .471 slugging percentage thanks to 6 homers, 7 doubles, and 1 triple. He’s only 21 years old, so if he can get to Trenton this year, he could be looking at a major league debut in the next couple seasons.

Caleb Frare: Frare has been a solid option out of the bullpen as a professional and in 12 appearances, he has yet to allow an earned run. He’s not on many people’s prospect radar but the right-hander could draw some looks if he continues shutting down Single-A hitters.

Jacob Lindgren: I actually ran into Jacob Lindgren at IHOP in Tampa when I was visiting there this weekend. He had to get his fixing of strawberry banana pancakes on their off day. After being essentially restarted since suffering a shoulder injury in 2015, Lindgren is mowing down hitters in Tampa. The “Strikeout Factory” has 8 strikeouts in 6 innings with a 2.57 ERA. He’s currently on the 7-day DL, but he should be back in New York soon enough.
Ian Clarkin: Ian Clarkin is a guy who everybody has had their eyes on this season as it really is a huge year for the lefty. The highly regarded prospect has been injury ridden but came into 2016 completely healthy. In 7 starts, he has an ERA of 3.82 with a 1.46 WHIP and 29 strikeouts in 37.2 innings. Ideally, I would like to see him strikeout more hitters and continue getting deeper into games, but his health is first and foremost, so seeing him healthy is a good sign going forward.
Article by: Chad Raines
Follow me on twitter @Chad_Rain
Follow the BBB @BronxBomberBlog
Chad Raines Ian Clarkin Jacob Lindgren James Kaprielian Jorge Mateo Miguel Andujar Minor League Single-A Tampa Tampa Yankees Top Prospects