By Unknown - May 11, 2016
Last night, after several lead changes and ties, the Yankees beat the Royals, 10-7. Aroldis Chapman picked up his first save as a Yankee. Today, the Yankees sent the inconsistent Michael Pineda to the hill to face Kansas City’s Yordano Ventura. Both Jacoby Ellsbury and Mark Teixeira remained out of the lineup as they continued to battle their respective injuries. The Yankees have won four of their last five games, dating back to last Friday, and looked to capture on their recent offensive success. The Yankees certainly look better after struggling to score runs in the beginning of the season. 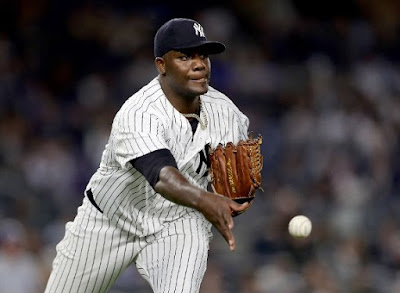 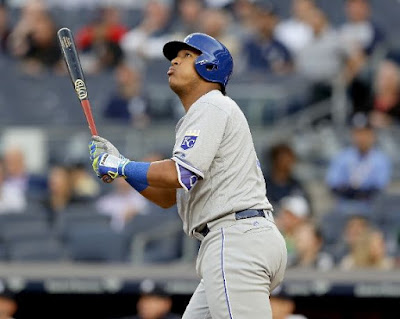 Picture Credit: Elsa/Getty Images
The Yankees went down in order. (Royals 4-0)
2nd Inning
Michael Pineda recovered and retired the Royals in order. Carlos Beltran led off the second with a homer to right center. Then, with Aaron Hicks on second and two outs, Chase Headley came through with a RBI single to shallow left to cut the Royals lead to 4-2. (Royals 4-2)
3rd Inning
Michael Pineda got himself out of a jam, with runners on first and second with one out, by striking out Salvador Perez and getting Cheslor Cuthbert to ground out. The Yankees went down in order. (Royals 4-2)
4th Inning
Pineda retired the Royals in order. With Aaron Hicks on third and one out, Chase Headley grounded out to first and Ben Gamel grounded out to the pitcher. No runs scored. (Royals 4-2)
5th Inning
Pineda had no problem in the fifth, despite walking Lorenzo Cain. 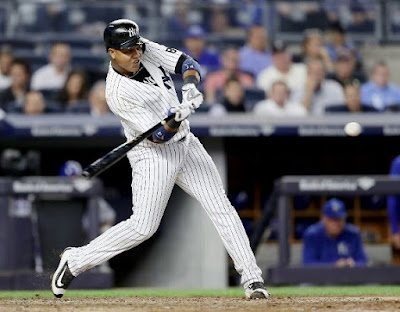 Picture Credit: Elsa/Getty Images
The Yankees put runners on second and third with none out, and Brian McCann drove in Gardner with a ground out to first base. 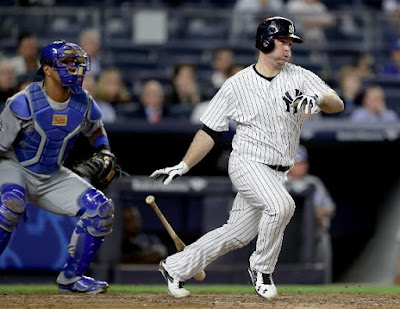 Picture Credit: Elsa/Getty Images
However, the Yankees could not tie the game, as both Beltran and Ackley grounded out with Castro on third. (Royals 4-3)
6th Inning
After getting two outs, Pineda walked Christian Colon and allowed a hit to Jarrod Dyson. Nick Goody came in, hit Alcides Escobar, and then Lorenzo Cain singled up the middle to make it a 6-3 Royals lead. Phil Coke completed the inning. The Yankees got a runner to second but could not score. (Royals 6-3)
7th Inning
Kendrys Morales homered off of Phil Coke to extend the Royals lead to 7-3. In the bottom of the seventh, Danny Duffy came in for Yordano Ventura and retired the Yankees in order. (Royals 7-3)
8th Inning
The Royals got runners on first and second against Phil Coke, but they were unable to score. The Yankees wasted a Carlos Beltran leadoff double and did not score. (Royals 7-3)
9th Inning
Phil Coke walked a batter but he completed the ninth without issue. Royals closer, Wade Davis, entered to start the ninth and had no issue closing it out to give the Royals a 7-3 win.
Next Game: Thursday, May 12: Royals (Ian Kennedy) @ Yankees (Nathan Eovaldi)