By Unknown - May 05, 2016
After yet another frustrating loss by the Yankees, this time a 1-0 loss in ten innings at Baltimore, we here at the Bronx Bomber Blogger asked our Twitter followers to tweet things better than the Yankees offense. We asked our followers and Yankees Twitter to use the hashtag #ThingsBetterThanTheYankeesOffense or tweet them at the BBB. (If you don’t follow us, you definitely should @bronxbomberblog.) We picked out the top ten tweets and here they are! 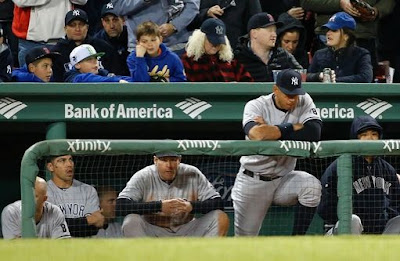 As a diehard Yankees fan, I’ll certainly keep watching every game that I can, but it is getting harder and harder to be patient with this team. Part of me believes they will turn it around, but another part of me thinks that they are simply a poor offensive team. Feel free to let us know what you think by tweeting us @bronxbomberblog on Twitter! As always, let’s go Yankees!