By Unknown - May 13, 2016
After being pulled from the game with two outs in the third inning, Luis Severino underwent an MRI late Friday night and it revealed a mild right triceps strain. Severino will not pick up a baseball for 5-7 days, and therefore, has been placed on the 15-day disabled list. In Friday’s game, Severino gave up seven earned runs in 2.2 innings and struggled with his command. With Severino now joining CC Sabathia on the disabled list, the Yankees called up Chad Green from Triple-A Scranton as the corresponding move. 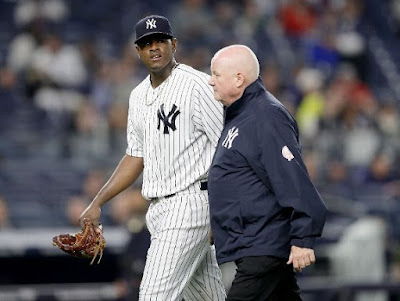 Chad Green (2-3, 1.22 ERA at Triple-A Scranton this year) has has been dominant in Triple-A as of late, allowing just one earned run in his last three starts (18.2 innings), while striking out 20 batters and allowing only 11 hits. His last outing was on May 9, so he should be ready to pitch in the bullpen for now. Green came over with Luis Cessa from the Detroit Tigers in the Justin Wilson trade. Last year, Green spent all season in Double-A Erie, pitching to a 5-14 record with a 3.93 ERA in 27 starts. He allowed 170 hits in 148.2 innings, while striking out 137 batters. 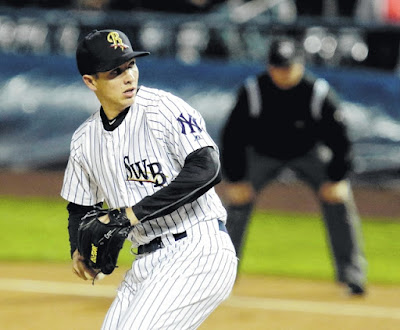 Photo Credit: Times Leader (Wilkes-Barre)
With Green up, here is my prediction for how the Yankees starting rotation will play out (Nova currently occupies Sabathia's rotation spot):

According to Yankees manager Joe Girardi, it looks like Sabathia will be back within 15 days of being put on the DL, and he was placed on the DL on May 5, so his return should be around May 20-22. Below is my suggestion for how to manage the rotation:

Ivan Nova would stay in CC Sabathia’s spot, and continue pitching every five days, while Sabathia would take over Severino's spot when he returns. If Severino is out for an extended amount of time or needs time to work on his mechanics, Sabathia will take over Severino’s spot indefinitely. Green is well-rested and may even be able to make a bullpen appearance before a potential spot-start on May 18 just to keep his arm fresh. Keep in mind, this is a prediction, so make sure to follow us on Twitter to receive the most updated news.