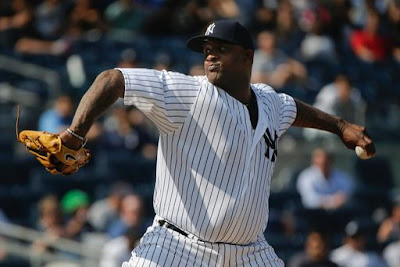 Even with Alex Rodriguez's return from the disabled list today, the Yankees could not capture the series finale against the Toronto Blue Jays, losing 3-1 and wasting CC Sabathia's brilliant start. Sabathia pitched seven brilliant innings without allowing a single earned run, yet the Yankees offense stagnated against Toronto's J.A. Happ (6-2, 3.20 ERA).

Starlin Castro got the Yankees on the board with a solo homer to right center. Castro’s sixth homer of the year gave the Yankees a 1-0 lead. 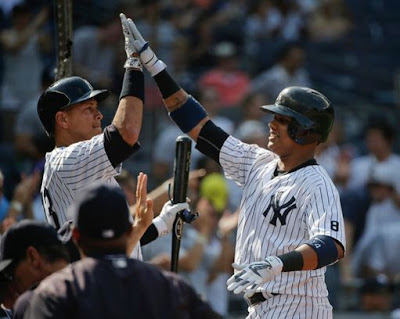 
In the third, Didi Gregorius’s error on a somewhat routine ground ball by Devon Travis to shortstop came back to haunt the Yankees. After Travis reached, Jose Bautista singled and Josh Donaldson walked. With two outs and the bases then loaded, Edwin Encarnacion punished the Yankees with a 2-run, line drive single to left and Toronto jumped in front, 2-1.

The hard-throwing lefty Aroldis Chapman started the ninth, but after allowing two hits, Devon Travis punished him with a RBI single through the right side for a huge insurance run and the Blue Jays led 3-1. Roberto Osuna earned his tenth save of the year as he worked a perfect ninth to secure the victory for Toronto.

Sabathia allowed just two hits in seven innings, and both of the runs were unearned. This was his first outing since April 5, 2011 against the Minnesota Twins, where he allowed zero earned runs and less than two hits in seven or more innings. That game was 135 starts ago.

Dellin Betances worked a scoreless eighth in relief of Sabathia, and Toronto's Gavin Floyd did the same for Toronto in the eighth, earning a hold.