6 steps Yankees must take to contend again in AL East

By Unknown - June 29, 2016
If you’re a Yankees fan, chances are you are sick and tired of the night in and night out lackluster performances put on by this underachieving and overpaid Yankees roster. We are now nearing the end of June which brings us within 5 games of the halfway point. Currently the Yankees are two games under .500 and showing no signs of turning things around. Being a lifelong Yankees fan, I am sick and tired of the complacency shown by the management and coaching but more importantly the Yankees players themselves. This is a roster that has a payroll just north of $214 BILLION (!), second only to the Los Angeles Dodgers. 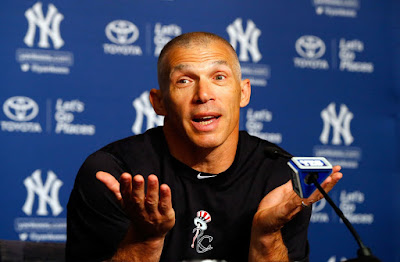 Now if you’re like me, I take pride in being a Yankees fan. 27 rings over the history of the franchise is a feat that no other professional baseball team has even come close to. However, the Yankees have made the playoffs one time since 2012 and we all know how last season’s “playoff run” ended. Dallas Keuchel made the highest paid American League lineup look like a bunch of amateurs as they failed to reach the ALDS. This is just simply not acceptable. 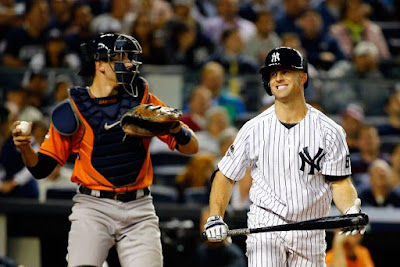 Living in Texas, I watch many Texas Rangers games. Now by no means do I want to compare the Rangers to the most prestigious MLB franchise of all time, but I want to make a point about their management. After winning 90+ games from 2010-2013, Ron Washington’s Texas Rangers squad crumbled in 2014 while winning 67 games and finishing last place in the AL West. He was relieved of his duties following the 2014 season. In 2015, the Rangers brought in Brian Bannister who won AL Manager of the Year, led the Texas Rangers back to the playoffs and now his Rangers own the best record in the American League. And let’s not forget to mention he’s working with a payroll of nearly $82 million less than Girardi. Now let’s look at Joe Girardi. Now I know a lot of people are advocates of Girardi and what he has done with some average lineups over the last few years, but baseball is a business and it’s all about winning. If you don’t win, you shouldn’t have a job and it’s really that simple. It is time for the Yankees to shake things up because clearly what they have going right now is not working. I have compiled 6 steps that the Yankees need to take to revamp this prestigious franchise and get them back to competing in the AL East - where they belong.

1.     Fire Joe Girardi
Some Yankees fans will disagree with me on this. But the fact of the matter is that it’s time for him to go. The Yankees need a manager that will light things up in the Yankees clubhouse and keep them on their toes. This Yankees roster is way too complacent and it shows night in and night out with their sub-.500 performance and their lack of urgency. This mindset that Girardi is doing what he can with what he has is just plain ignorance and his free passes are running out.

2.     Release A-Rod
Alex Rodriguez is what we call a “sunken cost.” Now a sunken cost is a cost that has already been incurred and thus cannot be recovered. To paraphrase, the Yankees need to move on and cut their losses with this guy. As much as I like A-Rod, there’s no need for a 2017 farewell tour. Rodriguez is 41 years old and it shows in his performance. 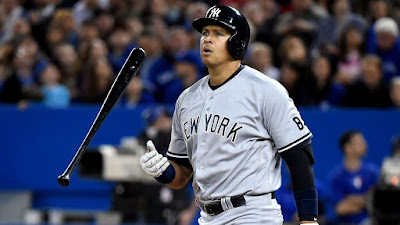 This season, A-Rod is batting .223 with an OBP of .264, but perhaps the most gruesome stat is his 53 strikeouts over his 166 at-bats this season. A-Rod is owed $21 million next year, which is simply nauseating. When it comes to a DH for next season, Brian Cashman should look to sign a guy like Kendrys Morales who offers switch-hitting versatility and power from both sides of the plate.

3.     Don’t re-sign Mark Teixeira
I don’t think it takes a rocket scientist to realize that Teixeira is made of glass and his performance isn’t much better. Tex has played in only 423 games over the past 4 ½ seasons which means he has only played in about 58% of games since 2012. Over that span his batting average has been .212. If those numbers don’t make you sick, just remember he’s getting paid $23.1 million for that type of production. If Greg Bird is healthy, he is the clear-cut choice to take over at first base next season.

4.     Make everyone in the bullpen available
I don’t care how good your bullpen is if you can’t give them a lead to hold on to. I don’t anticipate Andrew Miller and/or Aroldis Chapman to be in Pinstripes after this year’s deadline. With that being said, Yankees GM Brian Cashman should make all Yankees relievers available to fill starting pitching needs and to fix the numerous holes throughout the lineup. Betances, Miller, and Chapman should all be available for the right price. It’s time to shake things up and make this team stronger from top to bottom.

5.     Trade Chase Headley
Now I know what you’re thinking, “Who would want this guy?” But it’s possible and it must happen if the Yankees want to revamp their lineup. Chase Headley is the definition of mediocre. He has yet to even sniff the numbers from his 2012 season with San Diego when he clubbed 31 home runs, drove in 115 runs and batted .286. Chase Headley is making $13 million per year until 2018 and I think I speak for most Yankees fans when I say I don’t think we can take that much more of this guy. 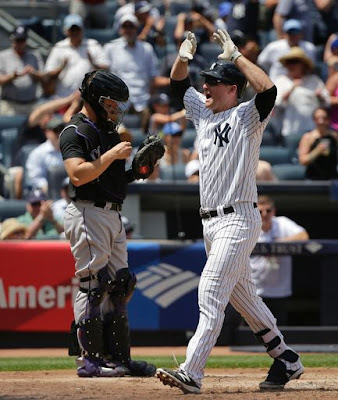 He committed 23 errors at the hot corner last year and quite frankly starting pitchers Madison Bumgarner and Jake Arrieta have shown more pop than him over the past two years. It will be tough to find someone who is willing to take his large contract, but packing him with the right talent should yield a decent return and free up some space on next year’s payroll.

6.     Acquire starting pitching
Inconsistency has been the name of the game for the 2016 starting rotation. Masahiro Tanaka has been virtually lights out for much of the season and CC Sabathia has thrown the ball relatively well thus far. We have seen flashes of greatness from Nathan Eovaldi at times, but for the most part he along with Pineda, Nova, and Severino have been well below average. It is time the Yankees acquired a solid #2 and better developed the rest of their rotation. Ivan Nova’s contract is up at the end of the season and I don’t see the Yankees re-signing him as they shouldn’t. The once proclaimed blockbuster deal for Michael Pineda and Jesus Montero has turned into an amusing swap of two underwhelming professionals. Luis Severino has the stuff; he’s just yet to put it all together. With the right coaching and sufficient development I think Severino can serve as a nice compliment to Masahiro Tanaka. I said it previously and I’ll say it again; Nathan Eovaldi’s place is in the bullpen. His high power fastball mixed with his devastating splitter would be lethal out of the pen. The free agent market for starting pitchers is slim in 2017, but the Yankees should take a flyer on guys like Andrew Cashner, Jason Hammel and Matt Moore, while the rest of their starting pitching relief should come from the trade market.