Andrew Miller should replace Aroldis Chapman as the Yankees closer

By Unknown - June 18, 2016
When the Yankees traded for Aroldis Chapman in late December 2015, they created the most dominant bullpen trio in the Majors. The trio of Betances, Miller, and Chapman, or “No-Run DMC,” as many media members and fans have called it, have combined to pitch 78.4 innings, while allowing 56 hits and 21 earned runs (2.41 ERA). But the most outrageous statistic is that the three have combined to strikeout 142 batters (1.81 K/IP). However, as of late, Chapman has shown signs of struggling in the closer role, while Miller has continued his excellence from last season. Even though Chapman is 13-for-14 in save opportunities this season, Miller should replace Chapman as the Yankees closer, because Miller has the better offspeed pitch, has better control and is better at working out of jams. 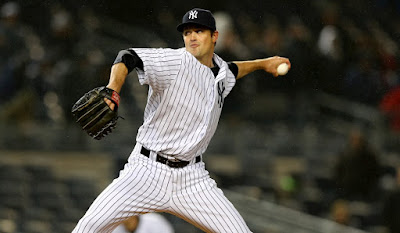 In June (6.2 innings), Chapman has given up an alarming seven hits and two walks (1.45 WHIP). Meanwhile, Andrew Miller has allowed just six baserunners in his last eight innings and seven in his last 12 innings. Overall, Miller has a better WHIP at 0.68 than Chapman’s 1.06. Miller’s pitch arsenal allows him to limit opponent’s chances at getting on. First, Miller has two legitimate pitches, a fastball in the high-90s and a nasty slider in the high-80s. Opponents are hitting .188 off his slider, and 44 of his 55 strikeouts this season have come on that pitch. On the other hand, the only reason why Aroldis Chapman is even the closer is because of his 100+ MPH fastball. While that may be intimidating to those who’ve never seen it, it’s all about timing. Once hitters can time that fastball, they have the ability to homer off it, which we saw with Minnesota’s Kurt Suzuki on Saturday. Sure, Chapman has a slider and changeup, but opponents are hitting .250 and .333 off those two pitches, respectively. There is no comparison between Miller’s slider and Chapman’s slider. There just isn’t. 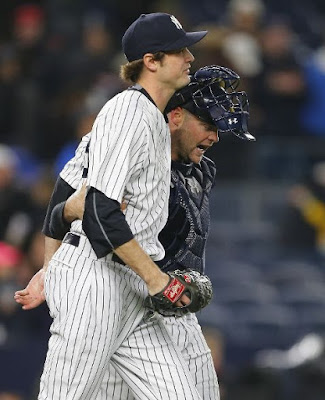 Not only does Miller have a better offspeed pitch, he also has significantly better control. Even though both pitchers have just three walks this season, Miller has pitched 12.2 innings more than Chapman. With better control, Miller is also able to get more swings and misses. In 207 pitches this season with his slider, opponents swing and miss at Chapman’s slider just over 17% of the time. When compared to Miller? Opponents have swung and missed at Miller’s slider over 26% of the time. I get extremely nervous watching Chapman throw fastball after fastball to hitters. Entering the game on June 18, Chapman threw his fastball 79.92% of the time, while Miller did that just 35.38% of the time. In fact, Miller throws his slider 60.61% of the time, and is able to confuse hitters with the slider’s movement. Once Miller establishes the slider as a strike, the at-bat is over for hitters. At times, Chapman’s changeup and slider look like his fastball, but just slower. There’s no movement on those pitches, and eventually, it will cost the Yankees a game. 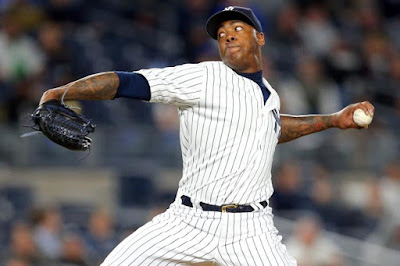 The Yankees traded for Chapman for two reasons. First, Betances and Miller were overused quite a bit last season, and with the starting rotation full of question marks entering 2016, the Yankees needed a dominant bullpen to offset the shaky rotation. Second, and maybe more importantly, it put people in the seats at Yankee Stadium. With the cost of attending a Yankees game rising, the front office needed entertainment for the casual fan, and a reliever who threw 100+ MPH consistently was the answer to that problem. 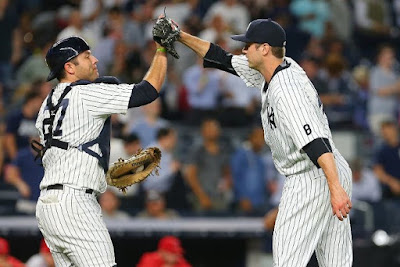 Don’t get me wrong, I’m not sure if Chapman would take the change very well. I don’t see a world in which he’ll take it as well as Miller did, when Miller was demoted to the set-up role. However, at times, teams need to make an unpopular move in order to continue winning close games. And if the Yankees want to make a move in the AL East, they will need to make Andrew Miller their closer.