By Unknown - June 15, 2016
In what was once again a tough outing for Ivan Nova (5-4, 4.77 ERA), as well as another failed day of Yankees offense, the Rockies completed the sweep of the first half of a home-and-home Interleague series with a 6-3 win. Nolan Arenado and DJ LeMahieu combined to drive in five of the six Rockies runs, and Chad Bettis, who had been struggling as of late, found his groove on Wednesday afternoon in Denver to lead Colorado to victory. 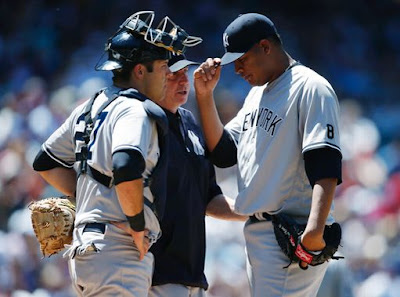 The Yankees offense tends to either score in bunches or grind out runs in the worst fashion possible. With the game tied in the fourth, the Yankees took a 2-1 lead via an Aaron Hicks infield single and a throwing error by Rockies C Tony Wolters. However, Nova could not contain the Rockies offense in the fifth. After LeMahieu tied the game with a RBI single, Nolan Arenado homered to left center, giving the Rockies a 4-2 lead. Later that inning, Mark Reynolds, the former Yankee, would extend the Rockies lead to 5-2 on a RBI single.

Similar to last night, the Yankees used a string of singles with two outs to plate a third run. After consecutive singles by Chase Headley and Didi Gregorius in the sixth, Aaron Hicks’s RBI single to center made it 5-3. However, the Rockies bullpen, which was horrendous last night, did its job the rest of the way. 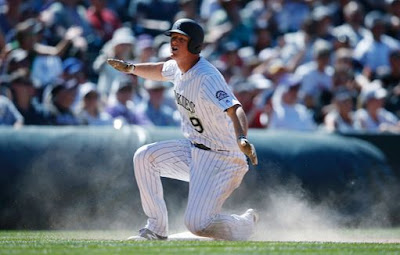 Miguel Castro, Boone Logan, Jason Motte, and Carlos Estevez pitched the final three innings, and they did not allow a single Yankees baserunner from the seventh inning on. LeMahieu added an insurance run in the eighth with a RBI triple off Aroldis Chapman to make it 6-3.

Didi Gregorius and Aaron Hicks both went 2-for-4, but Brett Gardner, who was hitting .450 in June entering today’s game, went 0-for-4. Ivan Nova allowed ten hits and five earned runs in 5.0 innings, while striking out five.