Brian Cashman and Hal Steinbrenner have to stop fooling themselves

By Unknown - June 28, 2016
“We can’t keep treading water. I want to be a contender, not a pretender,” Brian Cashman said to reporters just this week. It’s pretty obvious that every team in the Major Leagues wants to be a contender. No team wants to lose on purpose or continually be regarded as a below average ball club.

The biggest difference between the Yankees and other similar ball clubs though, is that other teams recognize they aren’t contenders, and don’t try to tell themselves otherwise. 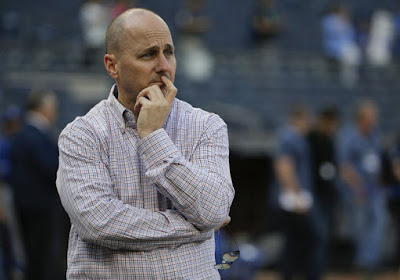 
Just recently, the Yankees faced a Colorado Rockies team that currently has a record of 37-39, very similar to New York, but you don’t see the Rockies selling themselves as contenders capable of challenging for a division title. Brian Cashman and the rest of the Yankees upper brass believes that this current team is “better than what their record says”.

How could that possibly be true?

Last season, the lineup was a true threat, as a result of resurgent years from Alex Rodriguez and Mark Teixeira. However, the team limped into the Wild Card game, as the rest of the lineup had went through their usual second half slumps. Now, this season, fans can’t wait to see Greg Bird after Mark Teixeira’s bat has been a major disappointment. As for A-Rod? He’s lucky he still has a roster spot at this point, as the 40-year-old can’t play the field, run or hit, and has been benched in two straight games. 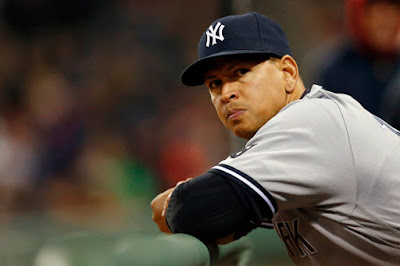 The wildly inconsistent pitching staff hasn’t been much better. Promising youngster Luis Severino is in the minors, Nathan Eovaldi has been awful as of late, and Michael Pineda is still searching for an identity on the mound. The Yankees currently have the 18th ranked pitching staff and 22nd ranked offense in the MLB, respectively. Those numbers are not terrible, but by no means are they great. These stats place the Yankees in the tier they deserve to be in, mediocre.

Brian Cashman can turn to the Yoenis Cespedes and David Price deals from last years deadline as a model. On June 28th of 2015, the Detroit Tigers sat at a record of 39-36, and by July 30th, they were 50-52. After struggling to make a true statement as contenders, GM Dave Dombrowski knew what was best for the team, moving Cespedes and Price for integral parts of the future. One piece, Michael Fulmer, looks to have cemented his place in Detroit’s rotation for the next few years after a stellar 1st half, while Daniel Norris is still figuring himself out. The Tigers would go on to finish with a dismal record of 74-87. Sure, Cashman wouldn’t want a finish like this, but when you get a fantastic haul for your prized trade chips that will surely help the future, why does it matter? The Tigers were 50-52 even with Cespedes and Price, and they knew those two wouldn’t make a huge difference in the second half of the season, as a sub .500 season would have likely been the result. Instead, they got some pieces back that already look like the real deal. Just imagine what the Yankees could get in return for Andrew Miller or Aroldis Chapman. 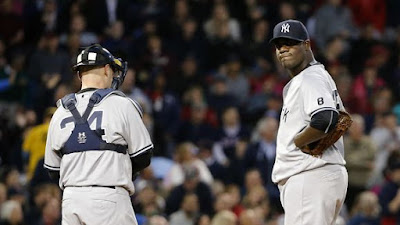 If Brian Cashman and Hal Steinbrenner decide not to sell at the deadline, they will be severely hurting the team in the present and the future. As discussed in numerous articles here at the BBB, the Yankees have some very intriguing trade chips, like Aroldis Chapman, Carlos Beltran and Andrew Miller. There is no point in keeping elite talent on a team that, as a whole, is struggling.

Sure, it’s the Yankees, and losing seasons aren’t “in their blood”, but why continue to think they’re contenders, when the blatantly obvious reality is that they are not.

The time has come to look towards an already bright future, and this trade deadline could be a big boost.