It's impossible to replace Derek Jeter, but Didi Gregorius has done a great job

By Unknown - June 17, 2016
For twenty seasons, Yankees fans cheered on the legendary Derek Jeter, who played the shortstop position for New York from 1995-2014. In the 2014 offseason, the task of replacing Jeter loomed large on the Yankees front office. To replace Jeter, the Yankees acquired Didi Gregorius from the Arizona Diamondbacks in a three-team trade in December 2014. After a horrendous start to the 2015 season on offense, Gregorius recovered to hit .294 in 2015 after the All-Star Game, and has really endeared himself to fans and the team with his slick fielding and improved hitting. Gregorius is one of the few success stories in a tough 2016 campaign, and he’s one of the reasons why the Yankees are still relevant in the American League East. 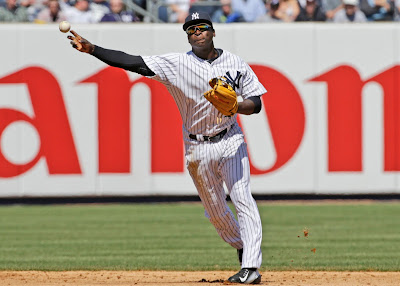 Even with the best advisors, coaches, and teammates, there was no way for Didi Gregorius to fully prepare for the task of replacing the great Derek Jeter. After starting his career in Cincinnati and Phoenix, playing in two small markets, he faced both the unforgiving fans and media in New York City. Furthermore, the most games he played in a season entering the 2015 campaign was 103. It was yet to be seen if Gregorius could handle the season-long grind and stay healthy.

With so much pressure on him, Gregorius crumbled under the pressure. In April 2015, he hit just .206, with zero homers, two doubles, and just four RBIs. Yankees fans were getting restless, as they saw such consistent production from the shortstop position for many years. Player-mentors, such as Alex Rodriguez, took Didi under their wings and helped him on and off the field. As the season progressed, Didi began to pick it up, raising his monthly batting average each month, from .232 in May to .317 in July. By season’s end, Gregorius had much to improve and to look forward to in his second year in The Bronx. His lack of power, a below average batting average with RISP, and struggles against left-handed pitchers were issues that he looked to fix in his second season with the Yankees. 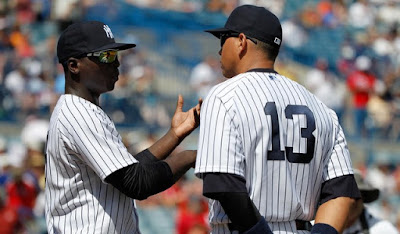 Now two and a half months into the 2016 campaign, Gregorius has improved in nearly all the aspects in which he struggled in 2015. One of the biggest surprises is how well he’s hit against left-handed pitchers. Entering the game on June 17, Didi was hitting .368 against LHPs, and already had 12 RBIs against them this season (he had 24 vs. LHPs in all of 2015). In fact, since May 7 (minimum 35 plate appearances), Didi is hitting .455 against lefties, and that’s the second highest batting average vs. LHPs in the Majors. (Statistic credit: @ktsharp) Furthermore, Gregorius had just 36 hits against lefties all of 2015, but already has 21 this season. 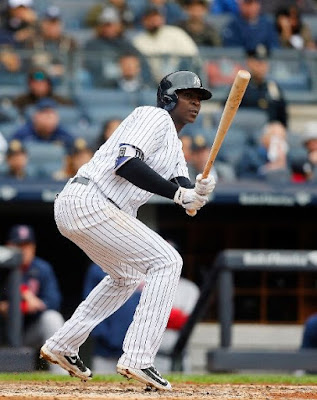 In terms of projected season-ending statistics for 2016, Didi Gregorius is very much on the way to break several of his career-high marks. He’s projected, by season-end and with his current pace, to have 73 RBIs (career-high is 56 in 2015), 15 HRs (career-high is nine in 2015), and 147 hits (career-high is 139 in 2015). Currently, not only is Didi performing consistently, as he’s reached base safely in 15 of his last 16 games, he’s also hitting more for power, as his slugging percentage in June is .528, which is the highest for him in any full month of baseball since he’s joined the Yankees.


Although Didi already has eight errors this season, compared to 13 in all of 2015, he’s made it up with countless great plays. He has great range as he moves to his right, and his strong arm results in several lasers to catch speedy runners heading from home to first. Didi’s defensive prowess is exciting to watch. With #18 continuing to mature on the field as the everyday shortstop for the Yankees, Gregorius has a bright future ahead of him if he continues to perform offensively and defensively. In just his second season in which he’s projected to play more than 104 games, and with his arbitration years still in front of him, Yankees fans can get excited at the prospect of Didi Gregorius manning the shortstop position for many seasons ahead.