By Unknown - June 12, 2016
On Old Timers’ Day in Yankee Stadium, the current Yankees team struggled on offense for the second straight day. Michael Fulmer (7-1, 2.52 ERA) shut down the Yankees offense, and the Tigers got all they needed early on with well-timed hitting. Ian Kinsler collected two more RBIs, and totaled seven in the last two games to lead Detroit to a 4-1 win on Sunday. 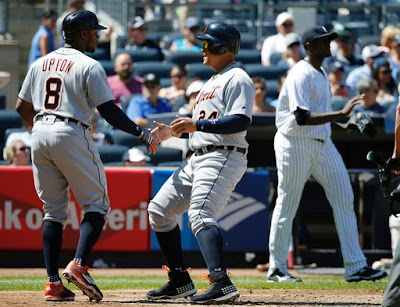 
Both pitchers did a good job shutting down the opposing offenses in the first three innings. Pineda then got himself into a jam twice, in the fourth and fifth innings. In the fourth, the Tigers loaded the bases with none out, but got just one run on a Nick Castellanos sacrifice fly. In the fifth, Victor Martinez’s RBI groundout with runners on first and third and none out gave the Tigers a 2-0 lead, essentially insurmountable with this stagnant Yankees offense.

Michael Pineda (3-7, 5.88 ERA) was up and down at times today, but overall pitched well, allowing six hits and two earned runs in six innings, and struck out eight batters. Ian Kinsler drilled a two-run homer to left in the seventh off of Anthony Swarzak, who came in for Pineda to start the seventh. 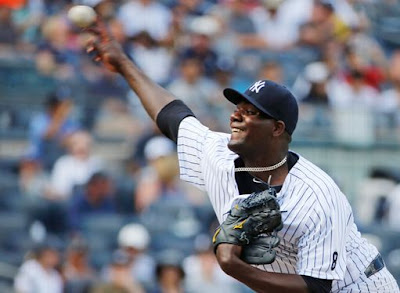 In the eighth, with ex-Yankee Justin Wilson on the mound, Chase Headley lined a RBI single to cut the Tigers lead to 4-1. However, the next batter, Didi Gregorius, lined out, and Wilson was able to escape without much damage.

Every single Tigers starter, except for Jarrod Saltalamacchia, had either a hit or an RBI in today’s game. Meanwhile, the Yankees managed only three hits. With six shutout innings today, Michael Fulmer became the second pitcher in the last 100 years to allow three or fewer hits and zero earned runs in four straight starts.

During today’s game, the Yankees signed 1B Ike Davis to a major-league contract. You can read more about him here.