By Unknown - June 22, 2016
Let’s begin by addressing the Aaron Hicks-John Ryan Murphy trade. Neither the Twins nor the Yankees have benefited from the deal. Murphy is hitting just .075 in the Majors this season, and is currently at Triple-A Rochester. For Hicks, his batting average of .214 and on-base percentage of .266 is horrendous. He only has nine extra base hits, seven of them being doubles, and has just 13 RBIs this season. Meanwhile, Aaron Judge, one of the top Yankees prospects, is currently awaiting his Major League debut at Triple-A Scranton, and with Hicks still having a minor league option, now is the right time to bring up Aaron Judge. 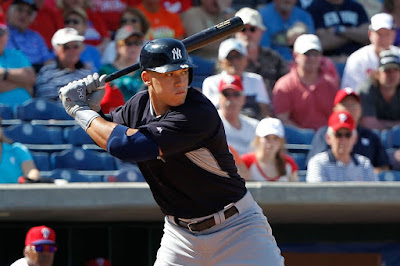 Admittedly, Aaron Judge, the highly-touted prospect, has struggled at times at the Triple-A level. When many anticipated his debut last fall, the Yankees did not call him up, because at the time, he was struggling. In August and September 2015, Judge hit .198 and .185, respectively. Although Judge had a tough May, where he hit .183, he has rebounded nicely in June, and is absolutely on a tear offensively. Hitting .338 this month, Judge has five homers and ten RBIs in his last nine games. Since June 11, he’s raised his batting average from .241 to .259 and his slugging percentage by 28 points as well. 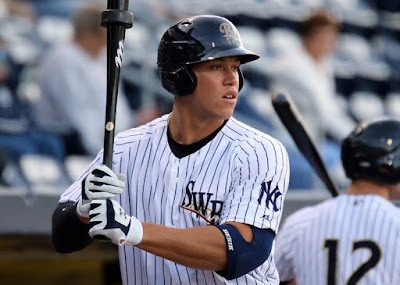 One of the primary concerns for Judge is the amount of times he strikes out. In 2016, Judge has already struck out 69 times in 254 at-bats (27.17%), but this is a huge improvement from when he struck out 74 times in 228 at-bats in Triple-A last season (32.46%). Notoriously, Judge also struck out ten times in 19 at-bats in Spring Training this year. However, Judge is slowly improving in this area. After striking out twice in one game in five of his first seven games this year at Triple-A, Judge has only struck out twice in one game in two of his last 18 games (since June 2).

A common reason why backup players struggle is because they do not play consistently. However, even while Aaron Hicks played consistently in May, he struggled, hitting just .222 in 81 at-bats, and drove in only nine runs. He had three hits in his last 25 at-bats in May (from May 21 to 31), and drove in just two runs during this span. This is simply unacceptable production from a player who hit .256 and homered eleven times with the Twins last season. It’s not like Hicks is a Jonathan Villar or Jose Altuve on base either; his only unique feature is his strong arm, which doesn’t do much good when the Yankees are struggling on offense.

One of the reasons why Girardi and the Yankees brought over Hicks was his strength of hitting RHPs. After hitting .304 vs. RHPs in 2015, Hicks has regressed to a .167 batting average against righties, and hasn’t even homered against them. However, against RHPs, Aaron Judge is hitting .268 and has homered seven times (out of 12 total). 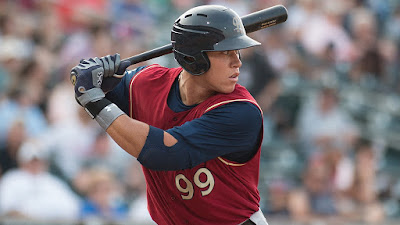 There’s also no need to worry about Judge’s defense. In 475.2 innings in the outfield this season, with 422.2 of those innings coming in RF, Judge has made just one error. He also has six outfield assists, to Hicks’s two this season. Sure, Judge may not have the 105-MPH arm that Hicks has, but he certainly fields his position well enough to not be a defensive liability. In fact, Yankees fans have seen many times that Hicks has taken poor routes to fly balls in the outfield, and even though it has not cost the Yankees much previously, it definitely is a problem.

Finally, even though Judge will not start everyday, there are places to put him in the lineup. If the Yankees can find a way to rotate the off-days of Gardner, Ellsbury, and Beltran, Judge may get the chance to play half the games every week. Furthermore, with Alex Rodriguez struggling against RHPs (.208 this season, seven extra base hits, and 32 strikeouts in 101 ABs), Judge could find more time in RF as well, since Carlos Beltran would be the DH should A-Rod not start.

There’s no way of knowing how Judge will perform in the Majors until he is brought up. But what the Yankees have witnessed is how poorly Hicks has played this season. Aaron Judge has brought his batting average up 38 percentage points (.221 to .259) since June 2 and has decreased the rate at which he strikes out. On the contrary, Hicks has not showed any signs of life since being traded from the Twins. It’s time for Aaron Judge to be called up, and in order for this to happen, Aaron Hicks must be sent down.