By Unknown - June 25, 2016
For the second day in a row, the Yankees were once again helped by poor Minnesota defense. With runners on first and third and one out in the bottom of the eighth, Eduardo Escobar booted his second double-play ball of the game. Aaron Hicks scored the go-ahead run and the Yankees won their second straight game over the Twins, 2-1. Starlin Castro was credited with the go-ahead RBI. 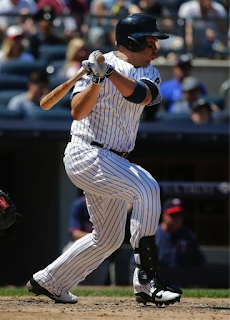 Michael Pineda started and pitched well, giving up just one run and two hits while striking out eight over six innings. His only mistake of the afternoon was a leadoff home run to Brian Dozier to lead off the second inning. Following Dozier’s 9th home run of the year, Pineda retired 15 of the last 17 batters he faced. This was Pineda’s third quality start over his last four outings. After a rough April and May, Pineda has turned it around in June, giving up just 10 ER in 30 innings, while striking out 37 and walking just 5. His next scheduled start will be against tougher competition - the Texas Rangers, who are currently third in the AL in runs scored.

The Yankee offense scattered ten hits, all singles, throughout the day. After the Twins took the early 1-0 lead, Carlos Beltran hit an RBI single in the bottom of the fifth to tie the score. The Yankees, who had several opportunities to score, went just 2 for 11 with runners in scoring position. Alex Rodriguez and Starlin Castro each left five runners on base. Mark Teixera returned to the lineup after missing 3 weeks with a knee injury and went 0-4. Brett Gardner went 3-4 and raised his average to .262. 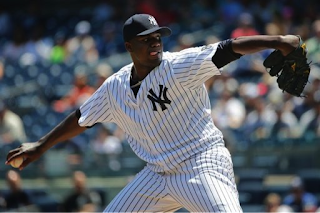 In a 1-1 game, Girardi opted to turn to No Runs DMC to start the seventh inning. Betances, Miller, and Chapman pitched three scoreless innings. Andrew Miller (5-0, 1.11 ERA) earned his fifth win of the year, and Aroldis Chapman recorded his 15th save in 16 opportunities. The Yankees have yet to lose a game this season in which all three bullpen stars take the mound.