By Unknown - June 10, 2016
Coming off a four game sweep of the Los Angeles Angels, the New York Yankees were eager to continue their winning ways against the Detroit Tigers. The Yankees have now won seven of their last ten after tonight’s 4-0 win. The bombers were paced by an incredibly effective CC Sabathia (4-4, 2.28 ERA), who continued his resurgent year, tossing seven shutout innings quieting a dangerous Detroit lineup. Tigers starter Mike Pelfrey (1-6, 4.68 ERA) struggled early on but still threw seven solid innings. 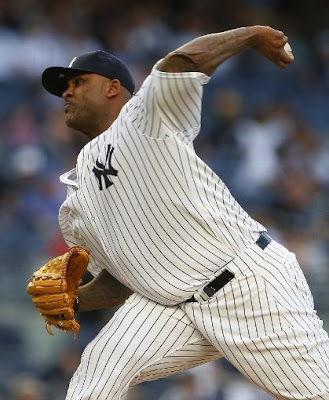 The Yankees big lefty looked sharp early on, displaying a solid changeup that kept the Tigers lineup off balance for most of the night. New York’s offense was able to jump on Pelfrey early, as the right hander gave up two singles and two walks in the first inning, giving the bombers a 1-0 lead. The Tigers defense didn’t help Pelfrey much as left fielder Justin Upton badly misplayed a ball which led to a Didi Gregorius double, making the score 3-0 by the end of the first. Carlos Beltran continued his torrid stretch of solid hitting with an RBI single in the third that gave the Yankees a 4-0 lead. 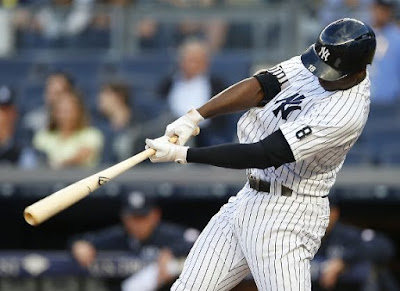 CC Sabathia never really got into jams against the Tigers tonight, but instead went deep into counts and gave up a few walks, which accounted for a high pitch count early on. In the 5th inning however, the Tigers had men on first and third with one out and Miguel Cabrera up. The big lefty got him to ground into an inning ending double play, ending the short-lived threat. It was another fantastic start for C.C, who has truly been a revelation for the Yankees this season.

Dellin Betances pitched the 8th to relieve Sabathia and set the Tigers down in order. Anthony Swarzak pitched the 9th and sealed the win for the Yankees, bringing them to a record of 31-30.

In the first game after the Chris Parmelee-era, Rob Refsnyder started at 1st and went 0-3, and missed a pop-up in foul territory in the ninth inning.