By Unknown - June 16, 2016
After six strong innings by CC Sabathia (5-4, 2.20 ERA), the Yankees were staring at another game with a low offensive output. Earlier in the sixth, the Yankees loaded the bases with none out, scored a run via a Jacoby Ellsbury RBI single, had the bases loaded again, but could not muster any further runs. However, after Brian McCann and Alex Rodriguez reached to start the seventh, Didi Gregorius sent a Fernando Abad pitch over the wall in deep right for a three-run homer, and the Yankees won 4-1 on Thursday night in Minneapolis. 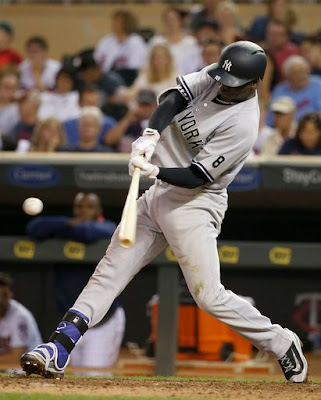 CC Sabathia turned back the clock again, but he had to work through several tough innings. In the second, he faced runners on second and third with one out, but escaped via a strikeout and lineout. Although the Twins struck first with an Eduardo Nunez RBI single in the fourth to lead 1-0, Sabathia kept the Twins offense at a minimum. He worked out of the fifth after two runners reached, and worked a 1-2-3 sixth to complete his outing. Sabathia allowed six hits but struck out seven in 6.0 innings. 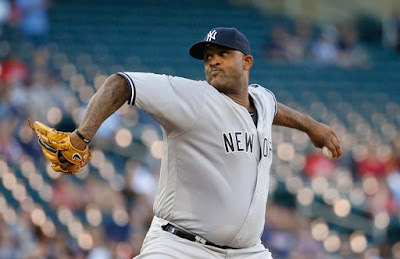 The Yankees are in the midst of a stretch of seven games against the Twins in ten days. With the month of June half over, the Yankees must start winning and get themselves well over .500 by the All-Star Break. Check out the preview for tomorrow’s game and for the rest of the series.