By Unknown - June 23, 2016
The Yankees will welcome the Minnesota Twins to town for a three game set after splitting a two game series with the Colorado Rockies. The Bombers enter the series as winners of four of their last ten games, and will hope to take advantage of an awful Twins team. Minnesota comes to the Bronx winners of five of their last ten, and have won three in a row. The Yankees have struggled to stay above .500 and hopefully this series will give their underachieving record a boost. 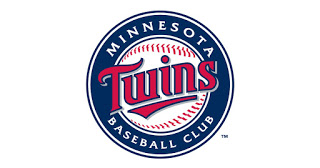 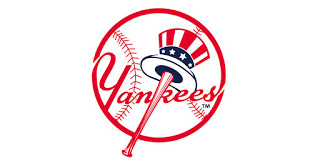 Game 1 (6/24): Tommy Milone (0-1, 5.79 ERA) vs. Masahiro Tanaka (4-2, 2.91 ERA)
Recently called up from AAA, lefty Tommy Milone will take the hill for the Twins, and he will look to lower his ERA of 5.79. He’ll have his work cut out for him, as he’ll be facing one of the league’s best against left handers in Didi Gregorius. Ace Masahiro Tanaka will face off against a Twins lineup that he absolutely dominated last time he faced them. Tanaka went eight innings, allowing seven hits and just one run. With their ace on the hill and facing a pitcher like Milone, this game is really a must win.

Game two of the series will showcase two pitchers that are very similar, inconsistent the majority of the time, but capable of spinning a gem. Ervin Santana was somewhere in the middle against the Yankees last time out, tossing seven innings of two run ball allowing just six hits. On the other side, Michael Pineda will toe the rubber. Big Mike is desperately in search of some form of consistency, as the right hander struck out nine Twins last time out, but allowed three earned runs in five innings. However, the big righty has looked better in June, crafting an ERA of 3.38 in 4 starts and racking up 29 K's in 24 innings.

In the series finale, the Yankees will be facing Tyler Duffey, who has allowed at least four runs in seven consecutive starts. There’s not much more to say, other than I wouldn’t be surprised if he dominated the Yankees, well because, it’s that kind of season. Nathan Eovaldi, on the other hand, will be making a very important start for the Yankees, as he’ll look to rebound and continue a once promising 2016 campaign. For Eovaldi to succeed, it will be imperative that he finds consistency with his best pitch, the splitter.

The Yankees will be facing the best team in the AL next week in the Texas Rangers. This so called “soft” part of the schedule will be done by then, and the Yankees should at least win two out of three against the mediocre Minnesota Twins. However, knowing this Yankees team, it wouldn’t be a surprise if they only manage to squeeze out one win. The trade deadline is quickly approaching and if the Yankees don’t make the most of this weekend set, with the Rangers on the horizon, the Yankees might have no other choice but to sell.