By Unknown - June 24, 2016
In the fourth, after Austin Romine tied the game with a sacrifice fly, Rob Refsnyder’s RBI single gave the Yankees a 4-3 lead that they would not relinquish. After Masahiro Tanaka (5-2, 3.01 ERA) posted six solid innings, "No-Run DMC" took over and dominated with three perfect innings, and the Yankees knocked off the Minnesota Twins, 5-3, in the Friday night series opener. 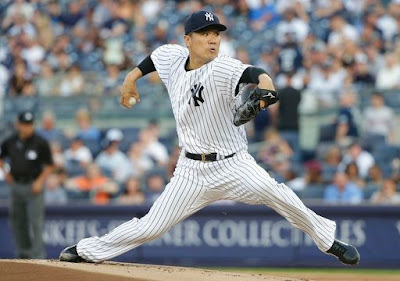 The Yankees managed eight hits and were helped out by three Minnesota errors, allowing them to provide more run support than Tanaka is used to getting. After ex-Yankee Eduardo Nunez gave the Twins a 2-0 lead in the third with a 2-RBI single, the Yankees came right back to tie the game in the third. Carlos Beltran’s RBI double and Alex Rodriguez’s RBI single made it 2-2. The Twins took back the lead in the fourth via a Byron Buxton RBI groundout, but the Yankees scored twice in the fourth to take the 4-3 lead. 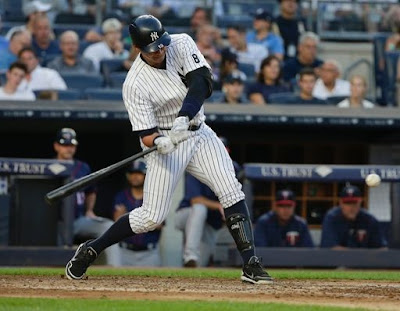 Tanaka threw 95 pitches over six innings, and he struck out seven, while giving up three runs on seven hits and two walks. He escaped a second-inning jam by striking out two, then pitched two scoreless fifth and sixth innings. In Tanaka’s fifteen outings this year, it was only the fourth in which he gave up more than two runs, a testament to his reliability as the ace of the Yankees’ staff.

In the bottom of the eighth, Aaron Hicks hit his third homer of the year to give the Yankees a two-run cushion. It was his first homer from the right side this season.

The three-headed monster of Betances, Miller, and Chapman closed the game out in typical fashion, putting together three scoreless innings and ensuring that the Yankees would get the victory; the Yankees have yet to lose a game this season in which all three bullpen stars take the mound. Their next game is against the Twins at 1:05 PM tomorrow as Michael Pineda (3-7, 5.82 ERA) takes the hill against Ervin Santana (2-7, 4.83 ERA).