By Unknown - June 26, 2016
You would think turning around a 98 MPH fastball doesn't happen very often, but that means you haven’t seen Nathan Eovaldi (6-5, 5.19 ERA) pitch. Danny Santana got the scoring party started with a laser beam that just got over the right field wall in the third inning and the Twins didn’t look back from there. Eovaldi’s consistent inconsistencies bit him him once again as he allowed four homers on Sunday, including back-to-back-to-back jacks to Brian Dozier, Trevor Plouffe and Max Kepler in the sixth inning. Eovaldi has now allowed four or more runs in five consecutive starts. The 26-year old right-hander threw pitch after pitch right down the heart of the plate. 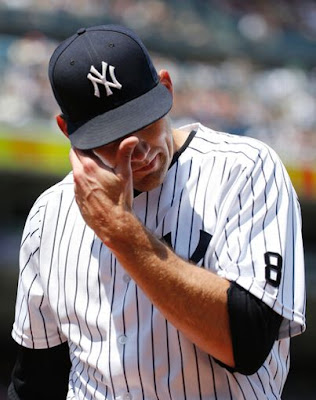 Once Eovaldi departed, the Yankees turned to the recently called up Luis Cessa. Cessa was welcomed by the Yanks old friend, Eduardo Nunez, who deposited his 10th homer of the year on a hanging breaking ball to make it 6-0 and essentially guaranteed the win for Minnesota.


Being blanketed by good pitching happens all the time and it’s impossible to expect a team’s offense to score boatloads of runs every game. That said, when the worst team in baseball is at your home park and their pitcher comes in with a 6.18 ERA, you have to beat up on him. Instead, the Yankees made Tyler Duffey look like the right-handed version of Clayton Kershaw as he began the game with five perfect frames. The Yanks didn’t pick up their first hit until there were two outs in the sixth inning on an Aaron Hicks double down the right field line. They didn’t pick up their first run until Mark Teixeira crushed a hanging breaking ball for his fourth homer of the year in the eighth. It was Teixeira's first homer since April 13. 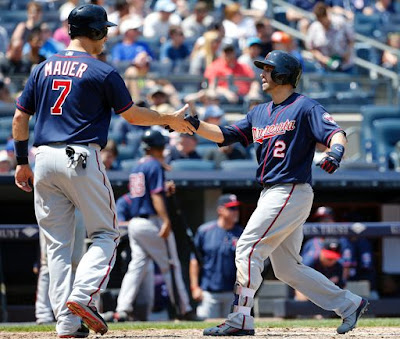 The Yankees were able to amass the .500 mark for just the second time since April after winning the first two games of the series with the Twins, but the inability to break out the brooms hurts the Pinstripes. The Yankees have an extremely tough stretch coming up prior to the All-Star Game.

After this poor outing from Eovaldi, you have to wonder how much consideration the organization has given to moving Eovaldi out of the rotation until he figures things out. The Yankees have three arms in Luis Cessa, Luis Severino and Chad Green that are stretched out, ready for their names to be called. At this juncture, it seems like any one of the three would be a better option than Nathan Eovaldi. Eovaldi put together a complete clunker in a game the Yankees basically needed to win.