The Yankees would be foolish not to trade Carlos Beltran

By Unknown - June 21, 2016
Carlos Beltran has been the saving grace of the New York Yankees this season. In fact, he’s been the only consistent threat in an otherwise inconsistent Yankees lineup.

Beltran is currently in the midst of a resurgent year, as the switch hitter is currently sporting a slash line of .283/.316/.567, to go along with 18 home runs. While his defensive struggles have been evident, his bat has more than made up for it. Beltran should really be serving as the Yankees designated hitter, but is obviously blocked by Alex Rodriguez. 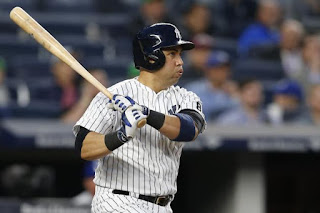 Even though the Puerto Rico native is the catalyst of New York’s offense, the Yankees would be best served to trade him.

Beltran will become a free agent after this season when his contract his up. He will be 40 years old by next season, and the next logical move for the Yankees will be to bring up prized prospect Aaron Judge. The towering right fielder would gain valuable playing time by being called up for the 2nd half of the season. He has improved gradually in AAA this season too, as in his last ten games he has 3 home runs, 7 RBI’s and a .273 average. Brian Cashman realizes that the Yankees have something special in Judge, and trading Beltran would be the right move to give him the keys to right field in the Bronx. 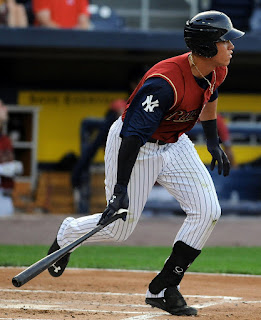 However, the arrival of Aaron Judge is not the only reason for trading Beltran. Considering he will be a free agent at the end of the year, why would the Yankees simply watch him mash all season, only to have him walk with nothing in return? It would be a huge mistake by Brian Cashman to let Beltran’s production go to waste.

As I said earlier, Beltran is best suited at this point his career as a DH. Any offense starved contender would welcome Beltran’s bat, as the man knows a thing or two about production in October.

Brian Cashman has to realize what he has with Beltran. Sitting in his hands is a veteran who knows how to produce and carry himself on the biggest stage.


The trade deadline looms, and the Yankees must do the right thing, and send Beltran to a team with the chance to win, even if it hurts.