Yankees beat Rangers 2-1 after passed ball in the 9th

By Unknown - June 30, 2016
The Yankees continued their trend of walk-off victories today, beating the Texas Rangers by a score of 2-1 in the bottom of the 9th as a result of none other than a passed ball.

After Chase Headley got on with a leadoff walk, he was moved to second from a sac bunt by Didi Gregorius. Aaron Hicks then walked, and both Hicks and Headley were moved to 2nd and 3rd from Starlin Castro’s groundout. Jacoby Ellsbury came to the plate and didn’t have to do any work, as Chase Headley was able to score from 3rd on a passed ball.

Coming into today’s game, Michael Pineda (3-7, 5.24 ERA) had been cruising through the month of June, positing an ERA of 3.00. In a game he deserved to win, the righty picked up the no decision despite mowing down the Texas lineup. 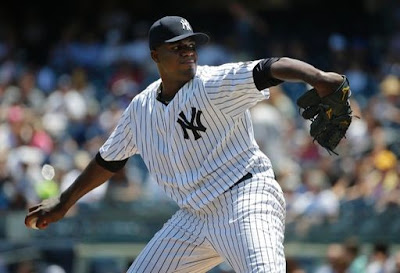 
After Shin Soo-Choo’s solo homer in the 1st inning, Big Mike was utterly dominant. Pineda would go on to rack up twelve strikeouts through six innings of work. He struck out the side once and had at least two strikeouts in every inning he pitched except the 5th. Pineda limited a very potent Texas lineup to two hits as a result of his slider looking the best it has all season.

Texas starter A.J Griffin matched Pineda’s effectiveness, going five innings allowing two hits and striking out eight. His only mistake came on a missed cutter that Didi Gregorius deposited in the right field seats for his second home run in as many days. Didi’s average now sits at a fantastic .290. 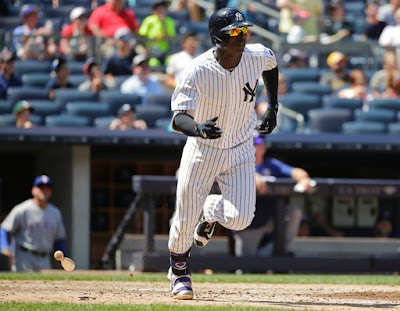 “No Runs DMC” made an appearance today, striking out four and allowing just one hit in three innings of work.