By Unknown - June 19, 2016
The Yankees were unable to finish off a four game sweep of the lowly Minnesota Twins this Sunday. After getting off to an early 2-0 lead, Nathan Eovaldi continued his recent struggles and imploded in the bottom of the sixth inning. The Yankees failed to rebound from this deficit, losing 7-4. Although I'm content with taking three out of four from the Twins, a sweep would have been ideal. Once again, the Yankees fell below .500. 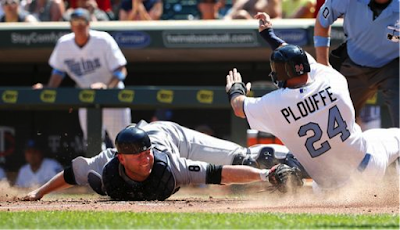 The Yankees entered the bottom of the sixth with a 2-1 lead over the Twins. After cruising through the first five innings of the game, with the exception of Max Kepler's solo home run in the fifth, Eovaldi once again struggled to mitigate his damages after running into trouble. As has been the case for much of Eovaldi's career, he was just unable to stop the bleeding. After giving up a game tying single to Eduardo Escobar, the Yankees caught a tough break. Trevor Plouffe, the eventual go-ahead run, was initially ruled out at home plate. Upon review, it was determined McCann did not tag him. Eovaldi was done after 5.1 innings, and Betances allowed two more runs to score, one of which was attributed to Eovaldi, giving the Twins a 5-2 lead. Brian Dozier added on to the damage with a solo home run off of Kirby Yates in the bottom of the seventh, making it 6-2 Twins.

The Yankees mounted a comeback of sorts in the bottom of the eighth inning due to some defensive miscues by the Twins, cutting the deficit to 6-3, although the Twins responded in the bottom half of the inning with a run of their own. McCann concluded the scoring with a monster solo shot in the top of the ninth, making it 7-4 Twins. 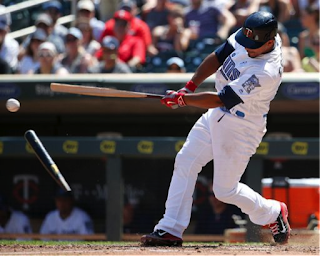 On Tuesday, the Yankees hope to build upon this series victory when they welcome the Colorado Rockies to the Bronx for a brief two-game series. This past week, the Yankees dropped two games in Colorado before straightening themselves out in Minnesota, for the most part. With the additions of the red-hot Carlos Beltran and DH Alex Rodriguez, both of whom were absent from the lineup in Colorado, the Yankees should have somewhat of an advantage over their opponents this time around. You can expect to see us post a series preview on Monday!