By Unknown - June 07, 2016
Faced with criticism from fans and coaches for his lackluster performance this season, Michael Pineda (3-6, 6.14 ERA) silenced his critics and delivered a second straight solid outing, where he allowed four hits and three earned runs in seven innings. The Yankees offense backed him up early with five runs in the first three innings, and New York coasted to a 6-3 win over the Los Angeles Angels on Tuesday night in The Bronx. 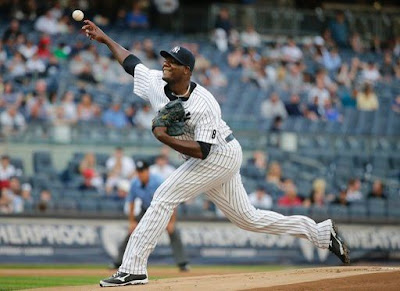 Dellin Betances, who had struggled as of late, and Andrew Miller, combined for two innings to close out the game. Betances earned his 15th hold of the season, while Miller earned his seventh save.


In the bottom of the first, Carlos Beltran drilled his 15th home run of the season to give the Yankees a 2-0 lead. Then, Angels 3B Yunel Escobar forgot the number of outs on the Chase Headley ground ball, which gave the Yankees an extra at-bat in the bottom of the first. Austin Romine took advantage with a two-out RBI single, scoring Starlin Castro to make it 3-0 after one inning. 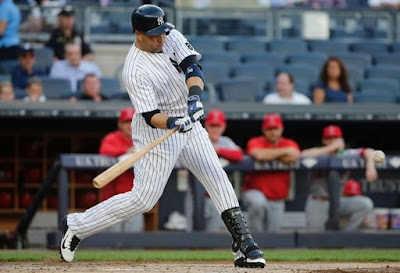 The Yankees added a run in each of the next two innings (2nd and 3rd), via a Rob Refsnyder sacrifice fly and a Starlin Castro home run off the right-field pole.

However, the Angels didn’t let Pineda off easy. After Gregorio Petit hit a RBI single to left to get the Angels on the board, Kole Calhoun hit a 2-run home run to right and the Yankees lead was cut to 5-3. Pineda settled down to retire his last seven batters faced in a row to complete seven innings for the first time this season.

David Huff, starting for the Angels today, had a tough time dealing with the Yankees lineup. He gave up eight hits and five earned runs in just 3.2 innings, and allowed two homers.