By Unknown - June 30, 2016
The Yankees rotation is everything but a model of consistency. With the likes of Michael Pineda (who has been much better as of late), Nathan Eovaldi, and especially Ivan Nova getting the ball every fifth day, the Yankees are unsure what type of performance they will receive on any given night. As frustrating as they may be, Pineda and Eovaldi have tremendous talent and have even exhibited potential at the major league level. Nova, on the other hand, has no future with this organization. He's been with the team since 2010, and at 29 years old, will be heading into free agency this offseason. In a season that everyone, except Yankees upper management, realizes is lost, it would be much more conducive to the team's long-term interests to call up Luis Severino to replace the struggling Nova. Although Severino struggled during his brief stint in the majors this year, he is only 22 years old. Moving forward, he is one of the cornerstones on which the organization is depending on for future success. I'd much rather allow a future star to develop at the major league level than see a player who has no future with the Yankees continue to lose us games. 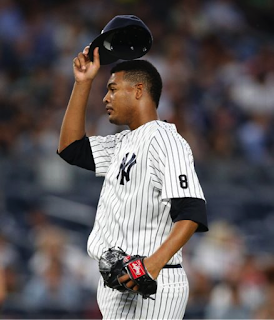 AP Photo/Kathy Willens
The Yankees are currently in an interesting position. As we enter the month of July, upper management is determining whether or not this team should buy, sell, or remain complacent at the trade deadline. It's been a roller coaster of a season, to say the least. Whenever we start to believe in the Yankees again, they suddenly revert back to the mediocrity we've become accustomed to these last few years. Regardless of which approach the Yankees decide to take, they MUST remove Ivan Nova from the rotation.

By this time, the Yankees are very familiar with Ivan Nova. At this point, we know who he is. He's an average, or arguably even below-average, starting pitcher. Although he may have had some moments of brilliance, he's nothing more than a number five starter. Anybody who has watched this team for the last month or so can attest to the fact that Nova has pitched horrendously. This season, Nova is 5-5 with a 5.32 ERA. Ladies and gentleman, not even a number five starter should put up numbers this atrocious. Though he pitched fairly well in May, it's been a downward spiral in June, where he pitched to a 7.52 ERA in five starts.

As we know, Luis Severino didn't exactly get off to the best start this season. Following a dominant performance after being called up last summer, the bar was set fairly high for Severino. Unfortunately, he endured a tough sophomore slump. After coming off his brief stint on the disabled list, he was sent to the minors to improve. Prior to his injury, and subsequent demotion, Severino went 0-6 with a 7.46 ERA. During his time in Scranton, Severino has pitched very well. Needless to say, doing it in Triple-A is far different from performing in the major leagues, however I would argue giving Severino a second chance is conducive to both the team's short and long-term interests.

The Yankees gain ABSOLUTELY NOTHING from starting Nova every fifth day. He is a free agent at the end of the year, and it's clear he has no future with the organization. He's simply dead weight. Due to his lackluster performance, he also has little to no trade value. The fact that manager Joe Girardi has stated he hasn't even considered removing Nova from the rotation is disgraceful.

When this roster was assembled, much thought wasn't put into starting pitching depth. Luckily, the Yankees haven't suffered a major injury yet, however if they, do they lack a viable option in the minors, with the exception of Severino. We know Severino has the ability, as he demonstrated last season, to perform at a high level in the majors. I'd much rather see Severino go through some growing pains in the majors than see Nova continue to lose games for us. 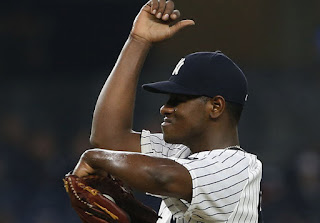 Even if the Yankees continue to falsely believe they are contenders, starting Severino helps the short-term goal of being in the playoff conversation. As previously stated, Nova is awful. It's pretty hard to be worse than him. It's reasonable to believe that Severino's demotion can be used as a learning experience moving forward. If the Yankees don't call him up, they'll never know.

If the Yankees had another major league ready starting pitcher waiting in the minors, then I would say he should get the opportunity instead of Severino. Instead, the 22-year old is our best shot. It's painfully clear that Nova's presence in the rotation is hurting the team. Changes must be made. It simply makes no sense to continue starting someone as mediocre as Nova. I've been very firm with my position that the Yankees should be sellers this year, regardless of how they perform these next few weeks. Many disagree with my opinion, the most obvious of them being the Yankees upper management. Cutting ties with Nova, and recalling Severino should be something both sides of the debate can agree on. Hopefully, this common sense solution is put into action sooner rather than later.