By Unknown - July 05, 2016
So, who were these guys in the Yankees uniforms that smacked 20 hits tonight? Yesterday, the Yankees went 0 for 13 with RISP. Someway, somehow, it was the actual New York Yankees who took home the 9-0 victory over the White Sox tonight. 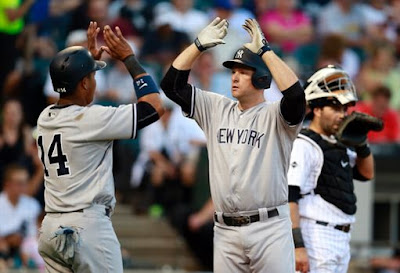 
Things got started pretty quickly for the Yanks, as Carlos Beltran, now officially an All-Star, continued his stellar season by roping a single that brought in Rob Refsnyder. Soon after, Alex Rodriguez hit a hard grounder to Chicago shortstop Tim Anderson that was too hot to handle, and Brett Gardner was able to score. It was only the beginning of what would be a rough night for White Sox start Carlos Rodon (2-7, 4.50 ERA).

In the third, Chase Headley followed up a Starlin Castro single by drilling a two-run homer to left, his second in as many days. Mark Teixeira did his part by roping an RBI single down the line in the fourth to make the score 5-0. 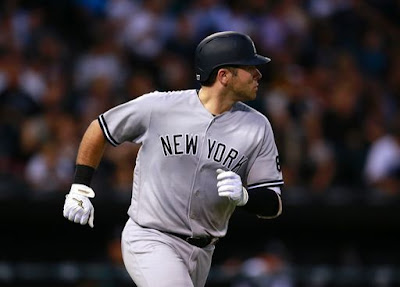 Austin Romine got the start today and cashed in on his opportunities, going 2 for 5 with a home run and a double. His average now sits at .263, a fantastic mark for a player who doesn’t get everyday playing time. Rob Refsnyder, getting the start at 2nd base, went 2 for 4 with an RBI double, single and a walk.

For the White Sox, their bats were silenced by a true ace performance from Masahiro Tanaka (6-2, 3.12 ERA). The right-hander tossed seven shutout innings, striking out six while allowing just six hits. Both his slider and splitter were at their peak of effectiveness, perhaps the result of his extra day of rest. After producing 13 hits as a team yesterday, the White Sox could only manage six against Tanaka tonight. 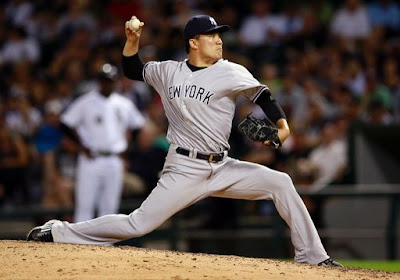 Chasen Shreve made his return to the big leagues tonight and did well, tossing two scoreless innings after relieving Tanaka.

Brett Gardner had a fantastic night at the dish, going 4 for 6 and scoring two runs.