By Unknown - July 06, 2016
The Yankees were unable to come out with a win in the the rubber match against the White Sox. The final score was 5-0 in a game that became out of the Yankees reach early on with most of the lineup struggling to hit Miguel Gonzalez. 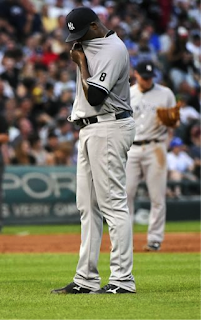 AP Photo/Matt Marton
The Sox started early, scoring four of their five runs in the second inning all of which were with two outs. JB Shuck and Tim Anderson both doubled in the inning, bringing in three of the four runs. The other was scored when Avisail Garcia singled to score Brett Lawrie, who had started the two-out rally.


Despite the loss, Didi Gregorius had a great night. He went 3-4 with a ground rule double, and he also showed his three error night on Monday was just a fluke when he made a great diving play to end the bottom of the fourth inning.

Michael Pineda got the loss tonight, giving up five hits and five earned runs in six innings pitched. In the fifth inning, he struck out Tim Anderson for his 500th career strikeout, and had a total of five strikeouts on the day. 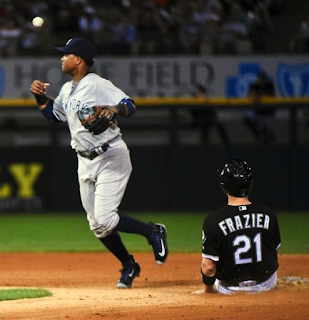 Nathan Eovaldi, making his first appearance out of the bullpen this year, replaced Pineda to begin the seventh inning. Other than two walks, he looked good as he didn’t give up any hits or runs in two innings of relief.


With the All-Star Break nearing, the Yankees will head to Cleveland to try to cool down the scorching hot Indians. Ivan Nova (5-5, 5.06 ERA) will be on the hill in game one on Thursday against Trevor Bauer (7-2, 3.02 ERA).