By Unknown - July 29, 2016
The New York Yankees (52-49), will begin a three game set on the road against the Tampa Bay Rays (39-61), the final series before the trade deadline. Winners of seven of their last ten games, the Yankees will look to continue their hot streak and (unfortunately) not sell at the deadline. This series could ultimately decide the Yankees future. If they lose two of three or get swept, they will almost definitely become full-blown sellers. But if they win two of three or sweep the Rays, they will most likely stand pat at the deadline. 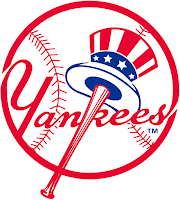 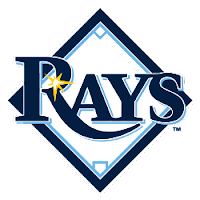 
Game 1 (7/29) 7:10 PM: Ivan Nova (7-5, 4.65 ERA) v.s. Jake Odorizzi (4-5, 4.10 ERA)
Nova will take the mound at the Trop with hopes of continuing his recent success. He’ll be facing a Tampa lineup that ranks 27th in all of baseball. Nova has done well against the Rays in past years, but Evan Longoria has always been his weakness, as the 3rd basemen has a .333 BA against Nova. For the Yankees, they’ll be facing a popular trade candidate, Jake Odorizzi. The young pitcher has had little run support behind him, and his numbers don’t show it, but he’s pitched very well this year. He has shut down the Yankees recently, but Brian McCann always has a knack for punishing him with his .522 BA. 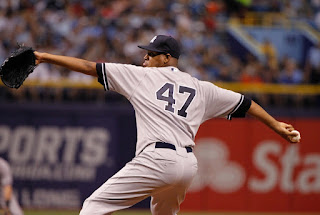 Game 2 (7/30) 6:10 PM: Nathan Eovaldi (9-6, 4.80 ERA) v.s. Drew Smyly (2-11, 5.42 ERA)
Like Nova, Eovaldi will look to continue his streak of excellent starts as he faces a Tampa lineup that he has done well against in the past. By the time he makes this start, could Evo be in another uniform? On the other side, Drew Smyly will toe the rubber, looking to improve upon his terrible numbers this year. Despite being in the midst of a rough season, Smyly has done very well against the Yankees’ lineup of late. It’s mind-boggling when you consider Smyly was the centerpiece of the deal that sent David Price to the Tigers.

Game 3 (7/31) 1:10 PM: Michael Pineda (5-9, 5.00 ERA) v.s. Blake Snell (2-4, 3.05 ERA)
Big Mike, like Nova and Eovaldi, has done well in his last three starts, with a 3.00 ERA and 2-1 record. He’ll be facing a lineup that hasn’t necessarily been kind to him over the years, with guys like Brad Miller and Logan Morrison who have hurt Pineda of late. Perhaps the reason I’m most excited for this game, the young Blake Snell will be on the mound for Tampa, and you should be excited too. Don’t let his 2-4 record fool you, this kid has ace potential. The lefty went five innings against the Yankees in April and allowed just two hits. Snell is undoubtedly the future of the Rays’ rotation, and it’s always fun to watch a young, talented prospect take the mound. 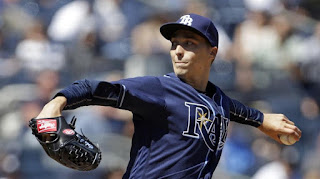 
Prediction
I think that the Yankees will be able to take two of three from the Rays. The rotation has pitched excellent as of late, and there’s no reason to think it should stop now. The lineup has done fairly well as a whole, and they’ll be facing two arms in game’s one and two that are definitely hittable. If the Yankees do indeed win two of three, and especially if they sweep the Rays, expect them not to go into sell mode. While I have some optimism going into this series, wouldn’t it be such a Yankee thing to lose two of three or get swept by a last place team?