Yankees fail with RISP once again, lose to White Sox 8-2

By Unknown - July 04, 2016
The Yankees fell against the White Sox 8-2 in the series opener in Chicago. The game was tied going into the fifth inning when Brett Lawrie hit a sacrifice fly to give the Sox a lead that would not be overcome. Immediately after, Dioner Navarro hit a liner over the left field wall for a two run home run to give the White Sox a 5-2 lead. 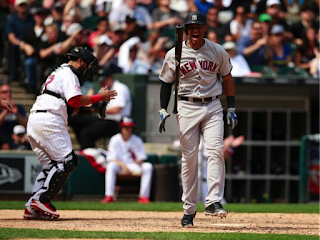 The Yankees only runs came in the second inning. Starlin Castro, who was 4-for-4 on the day, singled with one out. Then, with two outs and a runner on, Chase Headley homered to right for two runs.

New York left eleven runners stranded on base as a team. They were 0-for-13 as a team with runners in scoring position. Didi Gregorius and Aaron Hicks left a combined thirteen runners on base by themselves.


It was not one of CC Sabathia’s better games today, as he finished with a line of 6.0 innings pitched, eight hits, and five earned runs allowed. Luis Cessa replaced him in the seventh and gave up two runs on four hits. 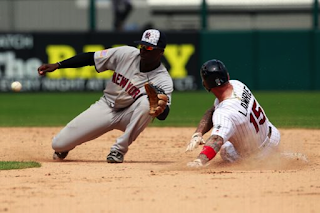 Didi Gregorius had three errors today, two fielding and one throwing, but only one error actually led to the White Sox scoring, which was in the eighth inning. The White Sox also made three errors as a team which the Yankees did not capitalize on.