A look at the Yankees rotation come 2017

By Unknown - August 26, 2016
I know I may be getting ahead of myself here, but like many of you, I’m just simply excited for the future. That includes our pitching staff. Now I won’t delve into the bullpen because other than Dellin Betances, Tyler Clippard and Adam Warren, who knows what the rest of it will look like. I would, however, like to take a look at the rotation and how it may shape out and what options the Yankees have. 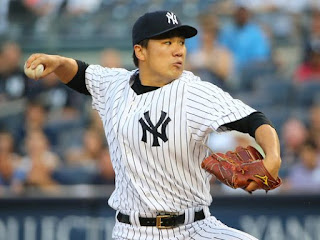 Photo Credit: Anthony Gruppuso, USA TODAY Sports
Barring something bizarre like a trade or an injury, Masahiro Tanaka will take the ball when the Yankees run onto the field for the first game of 2017. After that, it’s a crapshoot. CC Sabathia figures to pitch one more season for the Yankees before his contract runs out, so we’re up to two starters.

Nathan Eovaldi would have likely been smack dab in the middle of next year’s staff but he was struck with the ever so lethal Tommy John surgery. He’ll miss the entire 2017 season and if it was my guess, I’d say he pitched his last game in Yankees pinstripes. Michael Pineda is a guy who the Yankees control through next season, so he will likely rejoin the rotation, unless he is traded.

The Yankees will likely dive into the free agent market next but once they look around and see what’s there, they’re very likely going to get out of the pool as fast as humanly possible. When healthy, C.J. Wilson is probably the best arm available, but he’s never healthy. The only other names I’d even hope the Yankees would consider are Doug Fister and Jeremy Hellickson and the list stops there.

Since the free agent pool is so thin, the Yankees staff will be likely comprised of arms from within. We’ve already seen all of whom we’re going to pick from and they are Luis Severino, Luis Cessa, Chad Green, Bryan Mitchell and Adam Warren. Five arms vying for two spots and all have an interesting case.

Out of the aforementioned names, Luis Severino has the most upside. Despite struggling all season long when given the opportunity to start, he still possesses the best pure stuff out of all of them. I won’t go into Severino’s case too much as you can read about why I think it’s too early to give on him just yet here. Severino probably has the most to prove seeing how each of the other guys have shown what they do this season with the exception of Bryan Mitchell due to an injury. 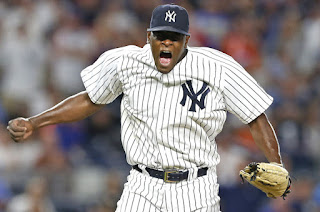 Next we’ve got two young arms that we acquired in a trade for an average reliever that if I do remember correctly a loooooot of people were outraged by this trade that GM Brian Cashman pulled off. Looking back on it now, shame on all of you who opposed Cashman. Cessa has shown off two plus pitches since arriving and especially so in his first big league start against the Los Angeles Angels of Anaheim. According to PITCH/fx, opponents are hitting just .208 against his fastball and .188 against his slider. His slider, which is thrown 11 miles per hour slower than his fastball, has great depth to it and 41.2-percent of his strikeouts have came via the slider. Cessa has a little over a month to audition for a job heading into spring training next season. As for Chad Green, he hasn’t been a slouch either. Over his last 24 innings, Green has allowed just four earned runs with 25 strikeouts and eight walks. Green has shown a very solid three-pitch repertoire that bodes well for him as a starter going forward.

The last two – Warren and Mitchell – are complete wild cards. Warren started 17 games for the Yankees just last season and had a stretch of nine consecutive outings in which he allowed three earned runs or less. He really struggled with the Cubs earlier this year but turned it around once he put on the pinstripes after being a piece in the Aroldis Chapman. It’s likely he’ll head into spring training stretched out, vying for a rotation spot. The Yankees, however, always seem to plug him in more frequently during the 7th and 8th innings. Bryan Mitchell is the wild card of all wild cards. Mitchell looked fantastic during spring training and was going to open the season as the Yankees Adam Warren of 2015. He would be used as a long man, a bridge to “No Runs-DMC” – that is no longer – and even a starter when the Yankees needed a spot start. Unfortunately, an injury to his foot derailed his 2016 season. Mitchell made the roster out of camp this year and has to be a favorite to make the 25-man in 2017 as well. 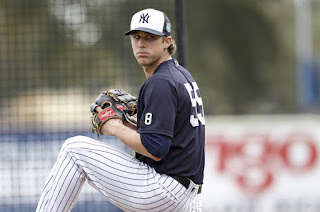 I’ll give you my opinion and guess on who the opening day starting five will be;

I highly doubt the Yankees make a move in free agency to acquire a pitcher this year. With names like Fernandez, Estrada, Duffy, Ross, Tillman, Arrieta, Alvarez and Chatwood on the market for next year's free agent class, that’s the offseason I fully expect Brian Cashman and the Yankees brass to go all in during free agency.

The reason I see Green edging out Cessa, Mitchell and Warren is because of Joe Girardi’s love for the latter's versatility. He knows that if he needs a spot start at some point during the year, he can rely on Mitchell, Cessa or Warren to provide him whatever he needs. It is also crucial to note it helps that Green and Cessa are both getting their auditions in the rotation now, as opposed to Warren who has pitching limited innings out of the bullpen and Mitchell -- like I previously mentioned -- has yet to pitch in the majors 2016.

By the completion of the 2017 campaign, I don’t see all five of the guys I chose to win a rotation spot to still be a part of the starting five. Mitchell, Warren or even a dark horse could find himself pitching every fifth day in the Bronx.

We’d love to hear who YOU think will be apart of the Yankees 2017 rotation. Agree with my starting five? Disagree? Send in your thoughts!