By Unknown - August 20, 2016
After losing two of three games to the Toronto Blue Jays, the Yankees entered play on Friday six games out of an American League Wild Card spot. The Bronx Bombers were out in full force as they opened a critical six game west coast trip with a dominating 7-0 win over the Los Angeles Angels. The Yankees hit four solo home runs, including three in the fifth inning when they blew the game open against Angels starter Jeff Weaver. 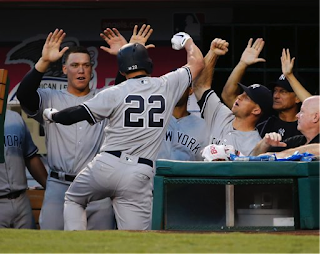 AP Photo/Reed Saxon
Jacoby Ellsbury got the Yankees started on the right foot when he led off the game with a home run. The Yankee center fielder drove in Ronald Torreyes, who started at third base for the injured Chase Headley, with an RBI single to center field in the third. In the fifth Torreyes led off the inning with his first major league home run. Didi Gregorius and Brian McCann followed later in the inning with their own solo shots, knocking Jeff Weaver out of the game. For Gregorius, it was his 17th home run, extending a career high. Torreyes and Gregorius also drove in the final two Yankee runs in the sixth. The Angels never threatened during the game until the eighth inning when they loaded the bases with two outs. Adam Warren came in to strike out Mike Trout to end the threat. 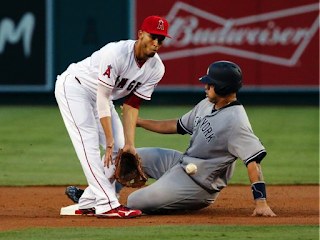 Masahiro Tanaka started for the Yankees, and had one of his best starts of the season. He threw 7.2 shutout innings, scattering five singles and striking out a season high nine batters. Tanaka started the game by retiring the first eleven Angels he faced. Mike Trout broke through in the bottom of the fourth with a single to left - he would have two of the Angels six hits on the day.
The Yankees continue their series against the Angels on Saturday night at 9:35 ET. Luis Cessa (2-0, 5.30 ERA) starts for the Yankees against Ricky Nolasco (4-10, 5.13 ERA) 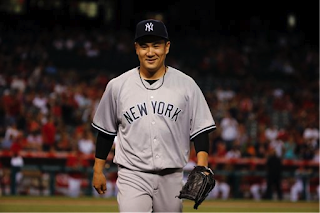