Didi Gregorius is blossoming into a star

By Unknown - August 04, 2016
With the Yankees accumulating so much high-end talent, “future superstars”, to the system in recent days, it’s easy to forget that they have an emerging one already on the roster, Didi Gregorius.

It hasn’t been an easy road for the Dutch native. He was never consistent playing time as a member of the Cincinnati Reds and Arizona Diamondbacks. He struggled mightily in his first few months in pinstripes. Through his first 70 games as a Yankee, he hit just .238 and looked a bit lost defensively, a surprise given his defense-first identity.


Things changed after the All-Star break last season. The left-swinging Gregorius looked much sharper in the field, and looked a lot more comfortable at the plate. He’d go on to finish the season with a .265 average. Not a number that jumps out on paper, but it is a consistent mark for any position player. 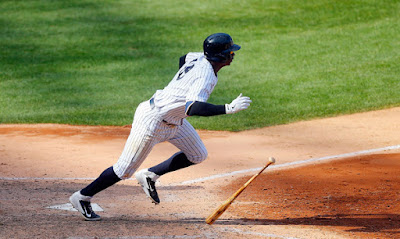 This season, he’s picked up where he left off. Currently, he is the owner of a .291 average, and has had it up to .300 at points in the season. The shortstop has hit 12 home runs this season, a career high, and driven in 46 runs. He is a sure bet to surpass his career high of 56 RBI’s, which he set last year. It could be argued that Didi was worthy of a spot on the AL All-Star team this year, but his time will surely come, possibly as soon as next season.

In the field, Gregorius hasn’t had many, if any, hiccups. Watch any game, he’s as slick a defender as they come, and he should be in the running for the Gold Glove Award. It’s been exciting to watch Gregorius’ growth as a player and New Yorker. Watch his interviews, and you can see his maturity has come a long way. He sounds like he’s been here for a while, he knows how to handle the critics, just a season and a half in as a member of the Pinstripes. 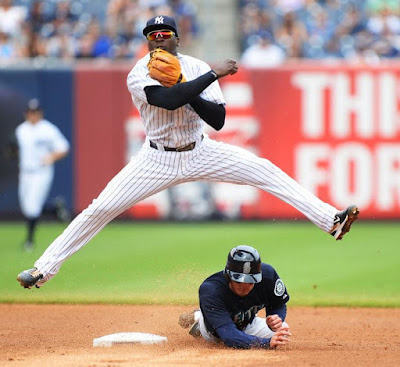 Sure, stepping into the role Derek Jeter held for two decades wasn’t going to be easy, not just for Gregorius, but for anyone. All he needed was some time, something Yankee fans don’t have much of.

But, it’s been worth the wait, as Gregorius has been a consistent two-way threat. The only real bright spot in an otherwise lost season.