By Unknown - August 21, 2016
The “Baby Bombers” generation welcomed a new member to the family in their 5-1 victory over the Los Angeles Angels. In his first MLB start, RHP Luis Cessa dazzled the Angels line-up through six innings. Cessa notably became the fourth Mexican-native to make a start for the Pinstripers, as he joined countrymen Esteban Loaiza, Alfonso Pulido and Alfredo Aceves. His fastball consistently sat around 95 MPH and heavy-breaking 12-6 curveball devastated the Halo’s hitters. Cessa quickly worked through the Angels offense as he allowed just three singles and one walk. After Tyler Clippard replaced Cessa and inherited a runner at first, it looked as through Angeles slugger C.J. Cron wasn’t going to let Cessa end his first start with a shutout. Cron belted a shot to left, but Brett Gardner miraculously tracked it perfectly and leapt into the stands to pull a home run back onto the field in what will surely be looked back at as one of the best plays in the 2016 MLB season. 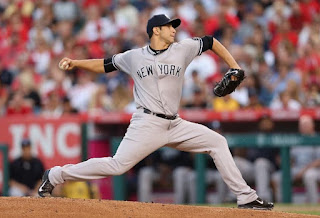 Photo Credit: Stephen Dunn | Getty Images
The Angels sent RHP Rickey Nolasco to the mound to square off against the Yankees lineup and began his night with two quick groundouts off the bats of Brett Gardner and Jacoby Ellsbury. In Gary Sanchez's second career game hitting third in the lineup, the young catcher made Nolasco pay for a hanging curveball as he clubbed a solo home run to left field. This solo shot was Sanchez's sixth home run in his last nine games, and he joined Shelley Duncan as the only Yankees to hit six home runs in their first 17 MLB games. Didi Gregorious then singled on a sharp line drive to right field, and advanced to third on double roped past third base off the bat of Starlin Castro. Brian McCann continued to settle into his new role as the Yankees DH as he slashed a two-run RBI single just past Angels second basemen Gregorio Petit's outstretched glove to give the Bronx Bombers an early 3-0 lead.

After a rocky start, Rickey Nolasco settled in nicely, as after Ronald Torreyes reached on a throwing error by SS Andrelton Simmons in the second, he retired the next 13 Yankee hitters. Unfortunately for the Angeles, Nolasco’s hot streak came to end with two outs in the sixth as Castro began the Yankees rally with a single up the middle. McCann put runners on the corners when he singled on a sharp line drive to Mike Trout in center field. McCann then stole his first base of the year without a throw down to set the stage for the promising youngster Aaron Judge. Today was once again “Judgement Day” for the righty slugger, as he laced a bullet through the right side of the infield to plate both runners and put the Yankees up 5-0. Perhaps the most impressive part of the Yankees offense through this point of the game was that all seven of their hits had come with two-outs.

After Brett Gardner's aforementioned incredible home run-robbing catch, the Yankees bullpen finished off the Halo's. Clippard and Tommy Layne pitched a scoreless seventh and eighth respectively, before closer Dellin Betances failed to preserve the shutout in the ninth. Future Hall of Famer Albert Pujols crushed his 583rd career home run to tie Mark McGuire for 10th most all-time. The solo blast put the Angels on the board, but Betances retired the next three hitters to end the ballgame. The Yankees now move to 63-59 on the season, and are just four games behind the Baltimore Orioles in the second wild card hunt!