Tonight’s 5-2 loss was Severino’s first start since coming back to the big-league rotation, after a few spotless bullpen appearances. The Yankees were hoping that his success in the bullpen, where he retired 25 of 29 batters faced, would translate to the rotation. The righty tossed 4.1 innings, allowing five earned runs and seven hits while punching out three. 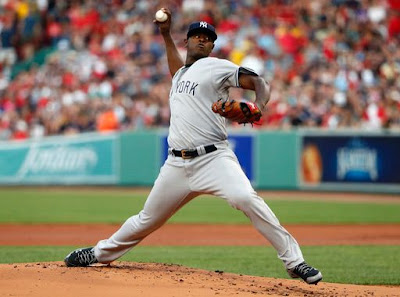 
He didn’t have much help from a Yankees offense that scored just two runs. In the 1st, Chase Headley doubled off the wall to bring around Starlin Castro. Then in the second, Brian McCann singled to right, scoring Brett Gardner. Boston starter Rick Porcello pitched a fantastic game and limited the Yankees, giving up only seven hits and two runs in eight innings pitched.

In the 9th, Sox closer Craig Kimbrel was erratic, walking four runners before being taken out and replaced with Matt Barnes. Jacoby Ellsbury had an RBI walk, making the score 5-3. The Yankees were unable to make the most of having the bases loaded twice, scoring just one run, as Mark Teixeira struck out for the final out. 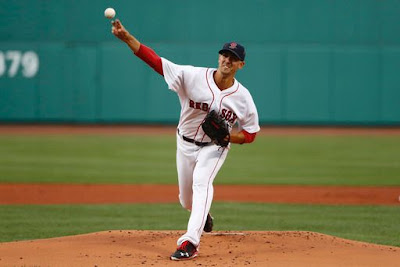 
After a scoreless first two innings, Andrew Benintendi and Mookie Betts collected singles off Severino, and Dustin Pedroia slugged a double to tie the game at two. Benintendi then socked a double, nearly a home run, which brought Sandy Leon. Pedroia hurt the Yanks again, doubling to right field bringing in Benintendi. David Ortiz kept it going in the 5th after a single that scored Pedroia.


Alex Rodriguez didn’t make an appearance tonight, with his final game looming. Brett Gardner had a good night at the plate, going 3 for 4 with a run scored.


Dustin Pedroia went 2 for 4 with a run scored and three RBI’s.