By Unknown - August 12, 2016
After taking two of three from the Boston Red Sox, the New York Yankees (58-56) will head back to the Bronx for a weekend series against the last place Tampa Bay Rays (46-67). The last time these two teams faced off, the Yankees were swept, and ultimately made sellers at the trade deadline. The Yankees will look a bit different this time around, with A-Rod leaving after Friday’s game, and youngsters like Gary Sanchez and either Tyler Austin or Aaron Judge occupying roster spots. 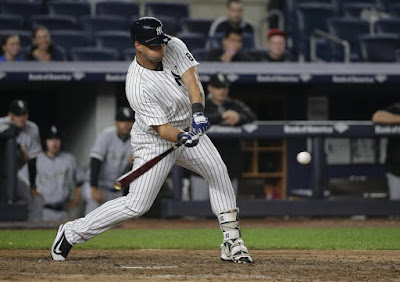 
Game 1 (8/12) 7:05 PM: Chris Archer (6-15, 4.26 ERA) v.s. C.C Sabathia (6-9, 4.18 ERA)
Despite his ugly numbers this year, Archer has struck out 168 batters this year, second in the American League. As stated before in the Keys to Victory, Archer has done well in his last three starts, with a clean ERA of 2.21. He’s dominated the Yankees in the past, but the Yankees have had their way with him before. Jacoby Ellsbury owns a .643 average in 28 at-bats against him. For C.C Sabathia, he’ll be searching for an answer on the mound, as he has struggled mightily recently. He’ll have to limit the damage that 3B Evan Longoria inflicts, as he owns a .432 average against. 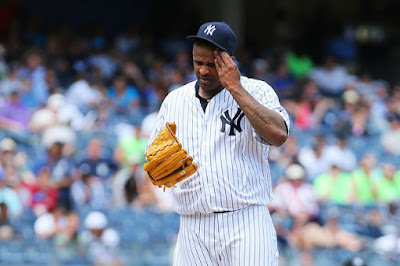 Game 2 (8/13) 1:05 PM: Matt Andriese (6-3, 2.90 ERA) v.s. Masahiro Tanaka (8-4, 3.32 ERA)
The relatively unknown Matt Andriese has actually had a solid season thus far. The owner of a 2.90 ERA, Andriese will be facing a Yankee lineup that has had success against him in limited at-bats. Masahiro Tanaka had been scuffling, but bounced back when he tossed six innings of one run ball with eight K’s against the Cleveland Indians. He’ll look to carry that momentum into Saturday’s start. Against Tampa’s current lineup, Tanaka has done exceptionally well.


Game 3 (8/14) 1:05 PM: Jake Odorizzi (6-5, 3.69 ERA) v.s. Luis Severino (1-7, 6.42 ERA)
Jake Odorizzi has done very well against the Yankees this year, pitching to a 1.12 ERA and a 1-1 record against them. He’s stifled the Yankees offense so far this year, and will look to continue doing so on Sunday. As of Thursday night, the Yankees haven’t announced who will start this game. With Nathan Eovaldi’s elbow injury sending him to the DL, Luis Severino will have the ball for the Yankees in the series finale. Severino had success in the bullpen with the Yankees but struggled in his return to the rotation in Boston. He will look to get back on track against a lackluster Rays offense.


Prediction
The Yankees should win two out of three against the lowly Rays. But, they’re the Yankees. They were supposed to sweep them or win two of three to be buyers at the deadline, but instead got embarrassingly swept. All three Rays’ starters are beatable, and the Yankees’ offense must take advantage. It won’t be easy for the Yankees to win the series though, when you consider C.C’s recent struggles and a mystery arm for Sunday.