A free agent that makes perfect sense for the Yankees

By Unknown - November 10, 2016
The 2016 MLB Season has finally come to an end, as the Chicago Cubs can call themselves World Series Champions for the first time since 1908. As the Cubs celebrate, the 29 other teams are trying to do whatever they can to be that one team next year. The Yankees, one of the 29, have a lot of decisions to make this offseason. 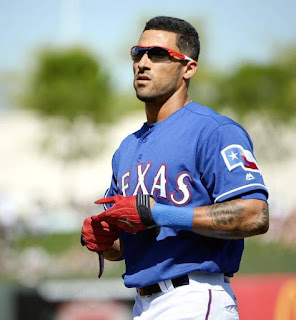 Photo Credit: Star-Telegram/Jeff Wilson
One of the biggest free agents out there is former Yankee closer Aroldis Chapman. While his 2016 season may be remembered for blowing the lead in Game 7 of the World Series or receiving a 30 game suspension for domestic violence, he had a phenomenal campaign with both the Yankees and the Cubs.  In two months, Dellin Betances proved that he is not suited for the closer role, so the Yankees are on the market for one who is. If the Yankees are unable to bring back Chapman, Kenley Jansen and Mark Melancon are also free agents, so they picked a good time to search for a closer.

Other than the closers, this year’s free agency is nothing special. Power hitters such as Yoenis Cespedes, Jose Bautista, Mark Trumbo, and Edwin Encarnacion will be seeking more money than they are probably worth. The Yankees would be wise to refrain from spending big money on any of those guys and save up for the most influential free agency class in baseball history coming up in 2019. The Yankees are searching for a short-term transition from Brett Gardner to Clint Frazier in left field.

I mention Gardner because he has some trade value this offseason that the Yankees should take advantage of. The biggest need on this ball club is a starting pitcher; free agency isn’t going to help them out. One particular trade that would be perfect for both teams is a Gardner for Gio Gonzalez swap. The Washington Nationals have wanted to move young stud Trea Turner from center field to shortstop for a while. Adding an extra outfielder in Gardner will allow them to make that change. Gonzalez may be the odd man out of a pitching staff that includes Stephen Strasburg, Max Scherzer, Joe Ross, Tanner Roark, Reynaldo Lopez, and Lucas Giolito.

If Gardner is traded, the Yankees will need someone to hold down the fort in left field until Clint Frazier is ready. In house, a platoon with the likes of Aaron Hicks, Mason Williams, and Rob Refsnyder is not very appealing. A player that is perfect for this role is Ian Desmond.

Desmond spent the first six years of his career with Washington playing mostly shortstop and a little bit of second base. After he was unable to receive the long-term contract he desired last offseason, he was essentially forced to settle in with Texas on a one year deal. He then made the transition to the outfield and had a solid season.  However, once again, Desmond probably won’t receive a big time deal, as he is in the second tier of free agent outfielders behind Cespedes, Trumbo, and Bautista. He could be looking at the 4 year/$70M range.

Desmond’s ability to play multiple positions gives him value in the long-term. He can serve as the primary left fielder until Frazier is ready to take over. After that, the Yankees can plug him in wherever they need, whether that is elsewhere in the outfield, back in the infield, or as the designated hitter. He will also be there to compete with Frazier if he struggles when he first reaches the big league level. Aaron Judge did the same thing this year, but the Yankees had no other good options in right field.

This Ian Desmond scenario is perfect for the Yankees because it gives them so many options. Without spending too much money, the Yankees can improve heavily next year if they bring in Desmond along with a big time closer.