In short, it's time to keep the young guys

By Unknown - November 23, 2016
Prior to the 2016 MLB Trade Deadline, the New York Yankees farm system was regarded as a rising, but mainly just average bunch. However, after the 2016 MLB Trade Deadline, the Yankees farm system took the No. 1 spot in Bleacher Report’s rankings.
It was such a dramatic shift in organizational philosophy that led to this sudden rise.

Now, as we sit at the beginning of the 2016 offseason, rumors are swirling, per usual. Not unexpectedly, almost all of the big names are being connected to the Yankees. And why wouldn’t they be? The Yankees are the big spending, prospect-trading, bullies of the MLB, right?

Well, no, not anymore. While it’s impossible to predict what GM Brian Cashman will do with his wealth of talented prospects, it’s safe to bet on him keeping most of them, as he should.

Sure, the big fish are out there. The Chris Sale’s, Andrew McCutchen’s, Jose Quintana’s, and hell, even Mike Trout's, of the world exist on the trade market. As we all know, these guys are bonafide superstars. What does it take to get superstars from other teams? Prospects, and a lot of them. Oh, and good ones, too. 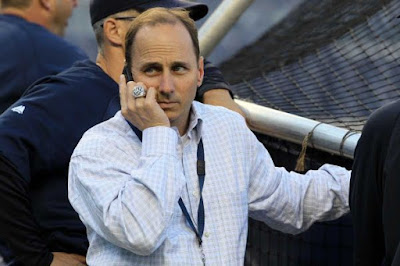 There are guys like Gleyber Torres, Clint Frazier, Aaron Judge, big parts of the future for the Yankees. Do you want Chris Sale on this team? You’re giving up one, if not two, of those mentioned. The classic argument is, “Prospects aren’t proven, superstars are.” Well, yes, that’s very true. But, the Chris Sale and Mike Trout type of guys weren’t traded for. They were brought up through the farm and given a chance to shine. And boy, have they shined.

They were those super-prospects like Torres, Frazier, and Judge. Teams surely looked at them, thinking they could become the future of a franchise. The White Sox and Angels didn’t budge. Now, they’re in the midst of incredible careers.

Right now, the Yankees don’t have that true face of the franchise, at least not yet. One could argue Gary Sanchez is, but his two months of setting the league on fire doesn’t qualify him as the face of the team just yet. But Sanchez represents something else and just as significant for the team. He is a beam of hope, a visual representation of the good that can come from keeping prospects. 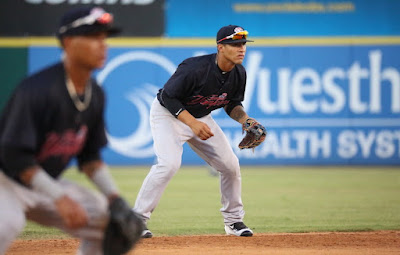 Gleyber Torres just captured the Arizona Fall League’s MVP award, as he hit .403 and finished with a .513 OBP. He’s just 19 years old, the youngest to ever win the award. With the way it’s looking right now, Torres is on the fast track to becoming a superstar at the big league level in just a few seasons. He could realistically become a starter in the Bronx at age 22. He could end up being a key piece for the next 20 years as a Yankee. The way I see it, wouldn’t it be more beneficial to keep him around for that long, rather than a star who will only contribute at the superstar level for maybe five years?

Yes, the Yankees weren’t too far from the playoff push last season. If they add a superstar by trade, would it really take them to the playoffs? Well, maybe it would. But the playoffs wouldn’t be enough. If you’re a team trading for a superstar, you have to be certain you are just one player away from being championship-caliber.

The Yankees right now are not that one player away. They could always trade away three elite prospects for that one guy. But, would the potential for a postseason appearance be enough?