Rich Hill is not worth the risk for the Yankees

One free agent of particular interest that the Yankees have been linked to is Rich Hill. At first glance the Yankee interest makes a little sense. The Yankees rotation is short handed and the team could use a left handed starter to limit opposing lefties from taking advantage of the short porch in right - but that's really the end of the reasons why the team should sign him. Rich Hill seems to be a disaster waiting to happen for whatever team steps up and pays him. 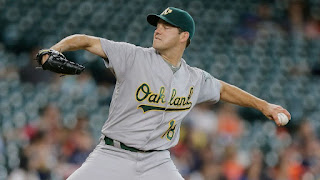 Via Fox Sports
Hill is a peculiar starter. He's 36 and just last year he finally had a somewhat successful season. Hill posted a very solid 2.12 ERA, but the sample size leaves something to be desired, as injuries held him to just 110.1 IP.

Hill's sudden success can really be tied to one thing: His curveball. Hill threw 900 curveballs in 2016 which accounted for 49.7% of all his pitches. Hitters batted only .180 against this pitch, which is great, but this heavy usage is also a problem.

Hill threw 812 fastballs in 2016 (obviously less than the curveballs thrown), but aside from these two pitches he doesn't really throw anything else. On rare occasion Hill threw a slider or changeup, but he threw no other pitch more than 38 times in 2016.

There's not a lot of starting pitchers that can get by with just two pitches in the MLB and at 36 it's more than fair to doubt Hill's ability to truly be one. At this point, it's no secret the fastball and curveball are the only tools in his arsenal and there's no doubt the league will adjust accordingly.

There's also legitimate injury concerns surrounding Hill. He's essentially been a walking DL stint his whole career having battled injuries to his back, elbow, shoulder, and most recently, finger blisters in 2016.

As menial as blisters may sound, they're actually a big deal considering how many curveballs Hill throws. With the pressure at the fingertips generated by throwing curveballs, there's real concern if these blisters will persist if he continues to throw so many benders.

The final factor that should drive the Yankees away is the price tag he's likely to demand. MLBTR projects the lefty to ink a three year $50 million deal (with the Yankees unfortunately), which is way more than needs to be given to a 36 year old with as many red flags as Hill.

The Yankees have made a commitment to getting young and cutting payroll in recent years and signing Hill would go against both those objectives.

The Yankees are trying to finally get under the luxury tax cap and as a result they need to make what money they do spend this year count; Hills doesn't figure to be money well spent. 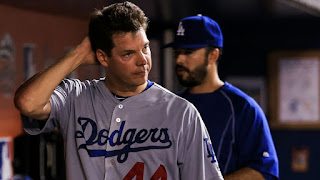 However, let's play devil's advocate for a minute and say Hill is signed by the Yankees and pitches well his first full year in pinstripes.

What exactly do we gain? With such a young core, the team figures to need a year or two of seasoning before being legitimately competitive again. The team, as is, isn't just one starter away from contention. It just feels like it would spending money to continue being a fringe contender once again.

Even if the Yankees are competitive in years two or three of a supposed Rich Hill contract, it's no guarantee that with his age he won't decline to some degree.

The Yankees definitely need starting pitching help, but signing Rich Hill simply isn't spending money wisely. The free agent crop of starters is historically weak and the Yankees would be better off saving money that would be spent on Hill and allocating it to another area of need such as the bullpen or a back up 1B or DH.

The team could always pursue a starter through the trade market and it appears they could get more bang for their buck that way.

An old, injury prone starter just isn't what the Yankees should be putting their potentially limited funds this offseason. If nothing else, it might be better to simply let some of the young pitchers in the organization get a shot and see if they can't strike gold with one or two of them.

He also urinates on his fingers and that's not cool.