The state of the New York Yankees rotation

By Unknown - November 15, 2016
As we sit here in November, the New York Yankees have to be one of the more fascinating teams to keep an eye on. They have oodles of young talent on the cusp of breaking into the majors, some that have already arrived. But most of the recognizable young names in the organization are position players. And although the casual fan is more enamored with how many home runs a player hit, pitching wins games. Let’s take a look at the Yankees rotation and how it breaks down and what they can do to improve it.

The Yankees have a lot of good, young talent that could potentially win a rotation spot but they’re missing a few components. The main cog they need is a left-hander. Not just any average lefty, we have that with CC Sabathia. We need a young southpaw that will alleviate some pressure off of Masahiro Tanaka so he doesn’t have to be perfect every time out. All of our young arms are good, but they’re all right-handers that throw hard and have some form of breaking stuff. Nobody wants to eat the same bowl of cheerios every morning. They need some variety. Yes, I just compared the Yankees young pitching to a bowl of cheerios. 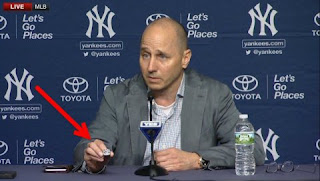 We immediately start looking to address our bias against left-handers in the free agent pool. I’ll stop you right there; there aren’t any good options. An injury-prone 36-year old Rich Hill is the only “game changer” on this list, but the Yankees have done a fantastic job getting younger so this wouldn’t make a whole lot of sense. The only other two lefties available that can record a few outs every so often are Derek Holland and Brett Anderson and both of those guys are just..guys. They aren’t really any sort improvement from what we already have; they’re just more expensive.

There are pitchers to be had via the trade market, however. The Yankees loaded up on youth and have plenty of prospects to land just about anyone they wanted for the right price. There have been rumors about guys like Jose Quintana and James Paxton before so there’s no reason not to go back to the well and see if either the White Sox or Mariners are interested in doing business. Those are just two names I’ll mention because they’ve been linked to trade rumors in the past, but there are plenty of other guys out there as well. 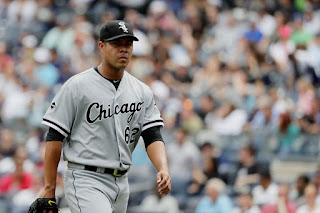 Landing a plus-pitcher this year also helps us for the following free agent class as well. Free agents to be are seeing what the Yankees are doing and how they’re setting themselves up to win going forward. If the Yankees are able to bring in a big starter to pair up with Tanaka, guys like Harper and Machado are more prone to signing on with a Yankees club that’s willing to make necessary moves to win championships.

If no moves are made at all, the Yankees will have a lot of decisions on their hands come spring training. Masahiro Tanaka, CC Sabathia and Michael Pineda – ugh – figure to be penciled in regardless, but it’s the other two spots that will likely come down to who pitches the best during the spring. 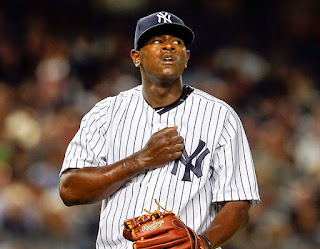 (USATSI)
The Yankees ultimately have five guys in Adam Warren, Chad Green, Luis Cessa, Bryan Mitchell and Luis Severino that figure to battle for the final two rotation spots. Realistically, you could list a bunch of positives and negatives for each one of them, but it ultimately comes down to who puts the most work in over the winter and who performs well during camp. Warren is the one best suited for the bullpen and he’s showed us just that numerous times but then again has showed us he is a reliable starter as well. Green is coming off an injury to his pitching elbow so we will have to wait and see how avoiding the Tommy John surgery worked for him. Serverino is a wild card because he, like Warren, has had success in both the rotation and the bullpen, more recently the pen. Mitchell, like Sevvy, is a wild card because of how nasty his stuff can be. Good thing it's the Yankees making the decision whether they'd rather have Mitchell's stuff in small doses and spread out over an entire game and not me.

Can the Yankees have another 84-win season with the current state of the rotation? I don’t think so. We need diversity and a 150-year old can’t be the only left-hander in the rotation. Make the Yankees starting rotation great again!