By Unknown - November 16, 2016
New York Yankees outfielder Brett Gardner has been a staple at the top of the lineup for the last few years. He’s been a consistently great left fielder, as evident by his 2016 Gold Glove Award. But, as many Yankees fans know, he’s a prime candidate to be traded.

Gardner’s name in trade rumors is nothing new. Ever since signing his four-year, $52 million extension in 2014, he’s been linked to numerous teams. But why would the Yankees trade Gardner, the homegrown, tough-nosed ballplayer? Well, there are a lot of reasons. 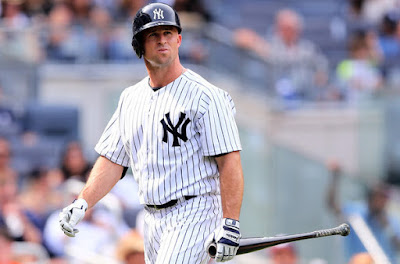 
For starters, his contract is easily movable. Over the next two years, the 33-year-old is due $24 million. Teams looking to acquire contract really wouldn’t be turned off from his contract, as it’s extremely reasonable for a player of his caliber.

Even though he’s lost a step from his earlier days, Gardner is still one of the quickest and scrappiest players in the league. Since stealing 49 bases in 2011, Gardner has been on a decline on the base path, but it’s not necessarily due to his speed. The Yankees for some reason have been very conservative when it comes to sending runners, even though Gardner and teammate Jacoby Ellsbury are two extremely agile ballplayers. A team that would look to trade for Gardner could properly utilize his speed, which is a dangerous weapon in any scenario.

Most of all, however, Gardner is still a great hitter. While his .261 average should be better for a prototypical leadoff hitter, he’s capable of spraying the ball all over the field. The knock on Gardner has been his lack of power, but he is just a year removed from when he smashed 33 home runs between 2014 and 2015.

New York has plenty of young outfield talent capable of taking over for Garnder. Some names are Mason Williams, Aaron Hicks, and of course, Clint Frazier, the Yankees #1 prospect.

Now, if Gardner is traded, what could a potential package look like? Obviously, the Yankees are looking for starting pitching, preferably young, controllable arms. Here are some potential scenarios.