A quick look at the 2017 lockdown bullpen

By Unknown - December 21, 2016
The Yankees will enter the 2017 season with many question marks surrounding their starting rotation and offense. At this point in time, the relief core should be the least of the team's concerns. After announcing the return of closer Aroldis Chapman, the Yankees appear to be set in the bullpen. Chapman, along with setup man Dellin Betances, Tyler Clippard, and most likely Adam Warren will comprise a formidable group to pitch pivotal innings. The 2017 unit may not be as aesthetically pleasing, or exciting as last year's no run DMC-- Betances, Andrew Miller, and Chapman-- but it may actually be better in the aggregate. While these four spots are settled, spring training will determine the rest of the bullpen's composition. This piece will not only assess the four players who will definitely help form the team's biggest strength heading into the 2017 season, but also look at other potential members of the unit. The Yankees are more than likely headed for another slightly above average season of competing for a wild card berth. With all of the questions surrounding the starting rotation, at least the Bombers' bullpen is in a very good place to balance the team's most blatant weakness. 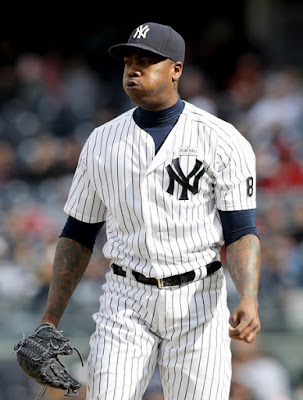 
Much has been written about the reacquisition of Aroldis Chapman, so I'll try my best to avoid regurgitating what has already been said. Simply put, Chapman was the Yankees top priority heading into this offseason. Failing to sign Chapman, or any other top reliever, would have made the offseason a complete failure. Chapman is an important component of the Yankees roster for an array of reasons. First and foremost, he is a ratings magnet. The Yankees are currently a team bereft of star power. Chapman solves that problem. Fans will want to go to the ballpark to see a guy who can consistently top 100 MPH on the radar gun. Practically speaking, he is one of, if not the, best closer in baseball. Ever since the 2013 retirement of Mariano Rivera, the closer's position has been a bit of a revolving door, being filled by the likes of David Robertson, Miller, Chapman prior to his trade last season, and Betances. Bringing back Chapman for at least the next years fills this void. 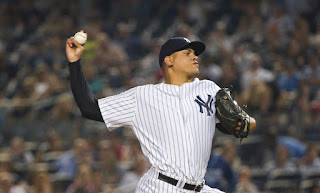 The last few years have proven that Dellin Betances is not cut out for the closer's role. Granted, he is a dominant reliever who has proven he can perform in New York, yet his brief stints as closer haven't gone too well. Following the trades of Miller and Chapman last July, Betances became the de facto closer for the rest of the season. While he performed admirably in most games, he had quite a few notable meltdowns that cost the Yankees wins. Over the course of his career, Betances has performed better in a set up role. Since he will be shifted back to the eighth inning in 2017, he will be pitching in a spot he is clearly comfortable. We've often heard that pitching the ninth inning is completely different from pitching any other inning. I think Betances is a case-in-point for this argument. He may not be closer material, but that is just fine. In 2017, he will be in a position that he can excel, hopefully handing the baton to Chapman in many Yankees victories. 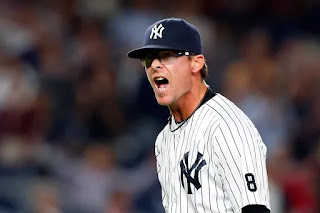 
Perhaps one of Brian Cashman's most underrated moves was his addition of Tyler Clippard. Acquired from the Arizona Diamondbacks at last year's trade deadline, Clippard seamlessly helped patch the void left by the departure of both Miller and Chapman. Clippard, having originally come up with the Yankees in 2007 before being traded to the Washington Nationals, put up a 2.49 ERA in 25.1 innings as a Yankee last season. As a former-closer, Clippard has past experience pitching in high leverage situations. He is nowhere near the pitcher that Miller is; however, he is certainly a low key asset for the Bombers. Clippard may not have the dominance appeal of Betances and Chapman, but he is efficient. In 2017, Clippard should slide nicely into the often pivotal seventh inning inning role, providing an effective bridge to the two big names who will follow him. 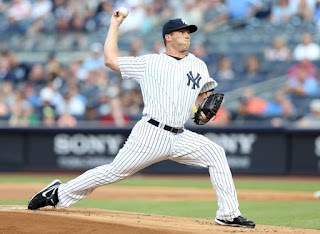 Should he lose his bid for a starting spot, Adam Warren will slide into the middle reliever role that he has successfully filled for the Yankees the last few years. After being sent to the Chicago Cubs for Starlin Castro last offseason, Warren struggled profoundly. When the Yankees shipped Chapman to Chicago in a deal centered around prospect Gleyber Torres, they diligently asked for Warren's inclusion. Thankfully, the Cubs obliged. Once Warren returned to Bronx, he regained the efficient form he displayed in 2014 and 2015. Warren may have some hiccups at times, but for the most part he is a reliable reliever, which is just what the Yankees need. He's proven to be quite a versatile pitcher for the Yankees, due to his ability to pitch multiple innings. The Yankees could use Warren in a number of ways next season; however, the middle relief role seems to be where he serves this team best.

In all likelihood, Chapman, Betances, Clippard, and Warren will fill four bullpen spots. That leaves three spaces to be filled. Left hander Tommy Layne appears to be an early favorite to win one of those open spots. He performed admirably for the Bombers last season, putting up a 3.38 ERA in 16 innings. Other than Layne and possibly Chasen Shreve, I expect to see the losers of the starting competition to fill the remaining slots. With Masahiro Tanaka, CC Sabathia, and Michael Pineda (unfortunately) locks for the rotation, that leaves two open spots. While the Yankees can certainly still acquire another starter, that scenario appears increasingly unlikely. Luis Severino, Bryan Mitchell, Luis Cessa, and Chad Green are the four primary candidates as of now. Severino excelled out of the bullpen last year, but the Yankees will give him every available chance to prove himself as a starter before bailing on the idea. I could see the competition going in many directions so it's too early to make any predictions in that regard. Severino, Mitchell, Cessa, and Green have all shown promise on the major league level. For that reason, they could all perform very well in an already strong Yankees bullpen.

The New York Yankees bullpen may not be as star-studded as it was heading into the 2016 season, but the group as a whole might actually be better. Tyler Clippard, Dellin Betances, and Aroldis Chapman are a more than formidable 7-8-9 combination. Adam Warren provides the Bombers with much needed consistently for middle relief innings. Either Tommy Layne or Chasen Shreve may be the situational lefty necessary for any successful bullpen unit. The losers of the competition for the open rotation spots figure to be nice fits out of the bullpen as well. I'm not confident about the chances of the 2017 team in the aggregate; however, the bullpen may be one of its silver linings. With Chapman back, the unit instantly becomes much more impressive. I'm very interested in seeing how the entire bullpen shapes up. Barring a major injury, this group has the potential to carry an otherwise average Yankees team.