We should expect another quiet offseason from the Yankees

By Unknown - December 04, 2016
As many Yankees fans, including most of the writers here at the BBB, begin speculating on moves the team should make this offseason, I decided I'd provide the fan base with a dose of reality. The Yankees will not compete for a championship next season, unless they make drastic moves this offseason. Since this will almost certainly not happen, we are likely looking at a 2017 Yankees team that is quite similar to what we've seen the last few years. Good enough to stay in the race for most of the season, maybe even good enough for a wild card spot, but nowhere near good enough to qualify as a championship contender. Ever since foolishly handing out big money contracts to Jacoby Ellsbury, Brian McCann, Carlos Beltran, and Masahiro Tanaka during the 2013 offseason, the Yankees have avoided high profile signings. Three things must occur in order for the Yankees to be big money spenders in free agency again. The Yankees must be in a position to field a championship caliber team, have a substantial amount of money off the books so as not to go over the luxury tax threshold, and be presented with a worthy free agent class. Sorry folks, but the 2016-17 offseason is NOT that year. 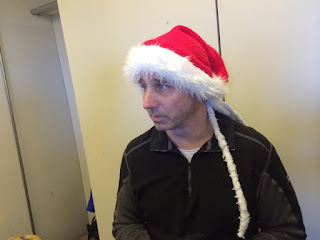 Photo Credit: Christian Red/ New York Daily News
As we get ready for the upcoming winter meetings, knowing that the new collective bargaining agreement has been finalized, many Yankees fans are waiting for the organization to get to work. Expecting the Yankees to make any sort of consequential move this offseason is quite naive for a number of reasons. For starters, the Yankees are a team in transition. The Bombers are clearly dedicated, and rightfully so, towards giving the young guys an opportunity. Catcher Gary Sanchez, first baseman Greg Bird, and right fielder Aaron Judge, all homegrown youngsters, will likely comprise one-third of the opening day starting lineup. The Yankees have some more young talent that will be on the way over the next two years, perhaps sooner rather than later. Signing an older player would likely clog up a roster spot, something the Yankees have shown they are no longer willing to do. Since they will be putting a team on the field that will not be competing for a championship in 2017, it makes no sense for an organization interested in the long-term to make a short term investment. The Yankees of years past, the team that always fielded a roster with the intention of winning a championship, would certainly want to make a big splash, but that is no longer the case (for now, at least).

We must also look at financial constraints. Yes, we all know that the Yankees are one of the richest teams in all of sports. That being said, owner Hal Steinbrenner has explicitly and repeatedly indicated his desire to stay under the luxury tax threshold. As the man who is stuck paying the exorbitant luxury tax, Hal has good reason to be concerned about his wallet. Mark Teixeira's retirement, and the trade of Brian McCann opened up some room for the Yankees to make a signing or two. The key question, however, is whether the Yankees see any players on the free agent market as worth the investment. We'll delve into that a little later. Even though Alex Rodriguez is no longer on the team, the Yankees are still paying him $27 million to be a senior adviser to GM Brian Cashman. CC Sabathia, in the last year of his contract, is making $25 million in 2017. Once these two contracts are officially off the books, we can consider the Yankees real free agency spenders once again.

Most important to my argument is the unattractive nature of this year's free agency class. Yes, the Yankees have been connected to Blue Jays slugger Edwin Encarnacion, but the realistic changes of this happening are slim to none. Encarnacion is likely demanding a contract worth near $100 million over the next four years (that's just a rough estimate). He is also 33-years old. As we previously discussed, the Bombers will not field a championship contender for another two years. Ownership will not make the same mistake they made in 2013. Don't get me wrong, Encarnacion can rake, but such an investment is simply inconsistent with the new governing philosophy in the Bronx. Cashman also had a series of talks with Yoenis Cespedes, prior to him resigning with the Mets, but nothing ever got serious. Former-Yankee Carlos Beltran is off the market, having signed a one-year deal with the Houston Astros. We should expect the same to be the case for Encarnacion. The Yankees rightfully dodged a major bullet by not signing the injury prone 37-year old Rich Hill to a multi-year contract. The starting pitching market is extremely thin so there are no consequential signings to be made here.

The one move I can see the Yankees making is resigning their former-closer, Aroldis Chapman. After being traded to the Cubs for a package centered around top prospect Gleyber Torres, many Yankees fans wondered if we would eventually see a reunion with the Cuban fireballer. Chapman has spoken fondly of his time in pinstripes, and even expressed a willingness to return. Cashman has stated that the feeling is mutual. It is clear that Dellin Betances is much better suited for a set up role, so this deal would make all the sense in the world. The one thing in the way, however, is money. Chapman will more than likely sign the richest deal for a relief pitcher in baseball history. If the Yankees are to use the salary space they freed up from Teixeira and McCann, it will be here.

The most likely route for improvement is the trade market. The Yankees have many needs, starting pitching being amongst the most glaring. Unfortunately, any consequential upgrade would force the Bombers to give up a prized prospect. I can see Cashman looking for another Nathan Eovaldi-type pitcher, but we saw how badly that worked out last time. Outside of signing Chapman, I don't envision the Yankees doing anything major this offseason. We should expect another offseason filled with low-risk, high-reward additions. The Yankees will soon be a force to be reckoned with yet again, just not in 2017. The 2018-19 free agency class is where the Yankees will make major moves. After the homegrown talent has another two years to mature, the Yankees will be in a prime position to make external upgrades from the likes of Manny Machado, Bryce Harper, Josh Donaldson, Clayton Kershaw, Matt Harvey, and many others. For now, though, the Yankees will continue to be offseason outliers.