After criticism from just about every Yankee fan out there, Aaron Hicks will look to bounce back from an atrocious and disappointing 2016 season. Hicks will be crucial to providing depth to the Yankees roster. Here's a look at the 2016 season in review and previewing what to look for in his 2017 season: 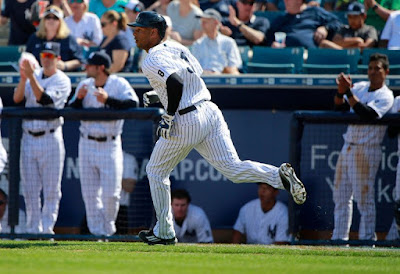 After being acquired from the Twins in the offseason for John Ryan Murphy, who ended up on the Twins’ Triple-A team by season’s end, Hicks struggled mightily to get anything going throughout the season. Despite an awful few first months, he did get better in August and September. After being near the Mendoza line the whole season, Hicks batted .280 in August and .286 in the next month. He’s been known to disappoint throughout his career thus far, as despite enormous potential, he was below-average in all three seasons with the Twins and now his lone season thus far with the Yankees.

Overall on the season, Hicks hit just .217 to go along with eight homers and 31 RBIs. Most guys could get away with these kind of stats if they’re still reaching base consistently, but Hicks had an OBP of .281. Yanks fans were also expecting some potential from him on the base paths, but he stole just three bases in seven tries. Hicks was a liability in just about every element of his game, leaving there to be little optimism for his future nowadays.

After the emergence of Gary Sanchez and then the call-ups of Aaron Judge and Tyler Austin from last season, Hicks will certainly see his playing time decrease even more. In fact, if Hicks is once again fighting to stay above the Mendoza line, don’t be surprised if the Yankees get rid of him. With Brett Gardner, Jacoby Ellsbury, and Judge as the starting outfielders, Hicks will still be the fourth or fifth outfielder on the team.

Another thing the Yankees need better from Hicks is his defense. He has been known to have a cannon of an arm and stellar overall defense, but last season he was just as much of a liability on defense as he was on offense. One thing Hicks has going for him is that if there is an injury to one of the starting outfielders, he will likely be the first option to fill in. Those chances are pretty high as we all know Ellsbury has had his fair share of injuries throughout his career. Hicks must bounce back in 2017 or we could very well see him on a different team at season’s end.