By Unknown - April 21, 2017
The New York Yankees will travel to Pittsburgh to play the Pirates in a three game series this weekend and hope to keep some of their winning mojo from an extremely successful homestand. The team went an outstanding 8-1 over the past nine games with impressive pitching and dominant hitting. New York scored a combined 52 runs over the past nine games while only allowing 21. 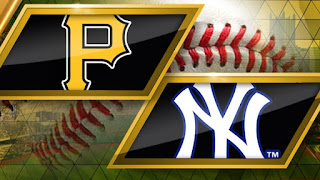 Pittsburgh is a team still shell-shocked from the stunning suspension of Starling Marte. Once seen as the cornerstone of the Pirates offense, Marte will miss 80 games after testing positive for a banned substance. Combined with being swept by the St. Louis Cardinals earlier this week, the Pirates may be easy pickings for a Yankees team riding very high at the moment.

The Yankees will send arguably their best pitcher to the mound to start the series in CC Sabathia. The once over-powering pitcher has become a savvy operator, relying on speed changes to deceive hitters. This has worked on the road and at Yankee Stadium as he boasts one of the team’s best ERA’s at 1.47. This isn’t a good sign for Pittsburgh who currently has a collective .229 team batting average.

For Tyler Glasnow, it is a restart. The 23-year old California native was roughed up in his first two starts, not making it out of the second inning against the Reds and only making it to the fifth against the Cubs. Over that stretch he has thrown a lot pitches and is susceptible to the walk. The only good statistic for Glasnow is that he has only allowed one home run all season but that could be changed by some of the Yankees’ hot bats. 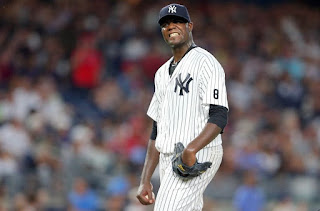 The second game of the series is where the situation gets interesting. Michael Pineda has had two strong starts but could put many minds at ease with a third quality performance. A terrible start to the year against Tampa Bay where he couldn’t make it out of the fourth inning had many wondering just how difficult the year could be for the starter. However, Pineda rebounded brilliantly with two strong starts throwing seven plus innings in each, allowing two runs or less. The real question will be can he keep that momentum going away from the Bronx.

Opposing Pineda is another young arm for Pittsburgh in Jameson Taillon. In three starts the youngster has been dominant, pitching at least six inning and not allowing a run in two of his three games. He has also notched sixteen strikeouts, showing that he’s got some tricks up his sleeve that the Yankees haven’t seen. This could be where New York falters if the hitters aren’t on their game.

A familiar face will take the mound for the third and final game of this interleague series in Ivan Nova. The former Yankee has pitched well for Pittsburgh keeping them in each of his three starts as best he could. This should be the game where the Yankees have the most scouting information as Nova isn’t the type of pitcher that will over-power the hitters. The coaching staff will have to be detailed in giving some of the newer hitters all the intel into Nova’s movement and how to rattle the right-hander.

For the Yankees, they’ll have Jordan Montgomery taking the mound. The 24-year old pitched well in the opening game of the series against the White Sox, allowing three runs over six innings. He has been a bit susceptible to the home run ball but could find it a bit easier against a team that has provided little spark with the bats thus far this year. One thing to note is that Montgomery has only gone six innings once this season and this could be a game where a rested bullpen could be the deciding factor. 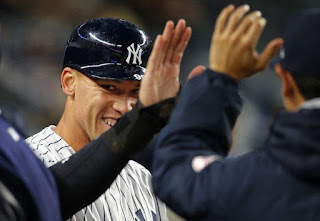 Aaron Judge: The guy is a beast! His 448-foot home run in the final game against the Chicago White Sox shows just how dangerous the right-hander can be. Judge is leading the team in home runs with five and batting .277. He’s making a strong case for being the everyday cleanup hitter as he continues to knock the ball record distances. The only downside is that he is tied for the team lead in strikeouts with 15. A bit more patience could make all the difference as Judge progresses in his game.

Jacoby Ellsbury: Not much was expected of Ellsbury to start the 2017 season but he has provided more on the base paths than anticipated. Currently, he is second on the team in stolen bases with four and is batting over .302. Having a healthy and productive Ellsbury near the top of the lineup is an important table-setter for the likes of Headley and Judge, both of whom are quickly becoming RBI machines.

Austin Romine: The backup catcher is trying to make it difficult on manager Joe Girardi as Gary Sanchez approaches full recovery. In 28 ABs this season Romine is batting .321 with one home run and five RBIs. He isn’t going to be the guy you rely on for offensive stats but his defense and game-calling is what keeps him around. As long as he continues to produce, he may find a place on the field with Sanchez providing from a designated-hitter capacity. 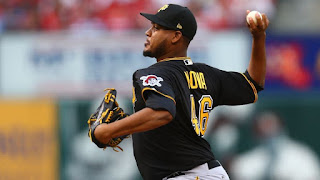 David Freese: The World Series hero for the St. Louis Cardinals is now the most dangerous offensive threat for the Pittsburgh Pirates. Freese is batting .326 with two home runs this season but has only had three hits in his last five games. The Pirates will need him to wake up against the Yankees which may be difficult against the likes of Sabathia and Pineda.

Andrew McCutchen: The former All-Star will need to be the leader of the Pirates once again as Starling Marte is out with suspension. McCutchen leads the team in RBI’s and has a hit in every game but one this season. Against the American League this season he is only batting .077 with one hit in 13 ABs.

Ivan Nova: The right-handed pitcher could be the Yankees kryptonite. No one on Pittsburgh knows the team better and could potentially shut down the high powered offense. Still, Nova has been historically inconsistent, much like Michael Pineda. He will need to adjust quickly and often to be effective against the Yankee lineup.