By Unknown - April 18, 2017
The Yankees run-parade came to an abrupt end on Tuesday evening when the Chicago White Sox pitcher Miguel Gonzalez shut down the offense pitching a strong eight innings while surrendering just one run. Manager Joe Girardi decided to sit key hitters, including the hot-bat Chase Headley and Aaron Hicks. Still, others like Aaron Judge and Starlin Castro did little to provide a spark for the offense. 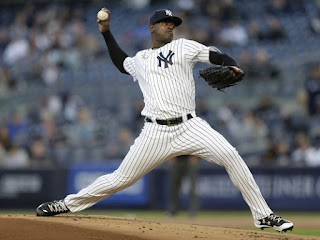 
The White Sox jumped ahead in the third inning with a solo home run by Leury Garcia, his first of the season. Severino was cruising to that point, not allowing a hit, but left a ball over the plate to the lead-off hitter. Garcia took him deep to center field but that did little to rattle the 23-year old starter. It wasn’t until the seventh inning that Chicago busted the scoring open when Avisail Garcia hit a three run home run to make it a four-run lead. Two pitches did all the damage as Severino’s otherwise strong start was ruined.

However, shortstop Pete Kozma made a costly error on the just before Garcia's three-run homer, letting a tailor made double play ball go right under his legs. The Yankees were unable to get an out on the play, but had they spun a double play, Severino could've then gotten out of the inning if he had gotten Jose Abreu out. Instead, he had to work out of trouble and made a poor pitch to Garcia.

Overall Severino had a quality start with eight innings pitched and 10 strikeouts. Unfortunately, two pitches will define the start, leaving the Yankees to chase the game in the later innings. On the flipside, Miguel Gonzalez was dominant, pitching eight and a third innings and allowing only four hits. He struck out four over that stretch. 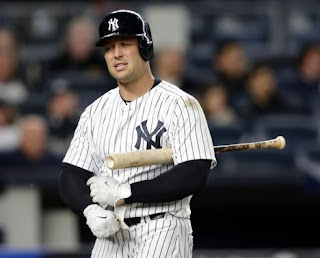 This drops the Yankees to 9-5 on the season and brings an end to their eight-game winning streak. The team will have a chance to take the series tomorrow night, closing out their first homestand of 2017.